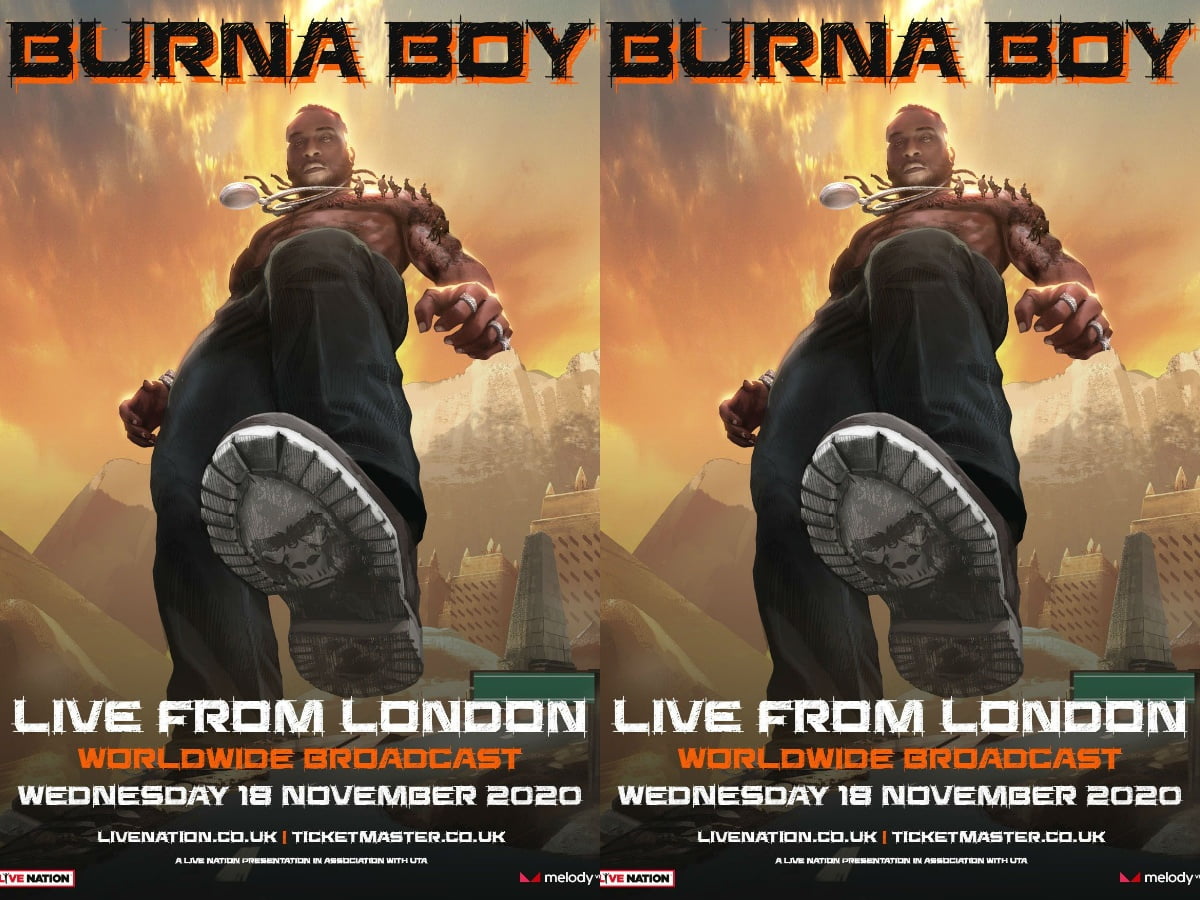 Nigerian rapper and songwriter, Damini Ebunoluwa Ogulu, better known as Burna Boy has announced a special live stream event ‘Live From London’ which he will be performing lately November 2020.

Naija News understands that the artist will continue the promotion of his most recent album ‘Twice As Tall’ which was released in August 2020 on November 18.

The album which happens to be Burna Boy’s fifth studio production by Spaceship Entertainment, Atlantic Records and Warner Music will get a new boost at the event scheduled to hold at London’s O2 Academy Brixton on November 18.

Naija News reports that the livestream event will be broadcast exclusively on MelodyVR and is set to feature “jaw-dropping production and visuals”.

In another news earlier, Nigerian female singer and songwriter, Tiwa Savage narrated how she attempted to commit suicide twice in London.