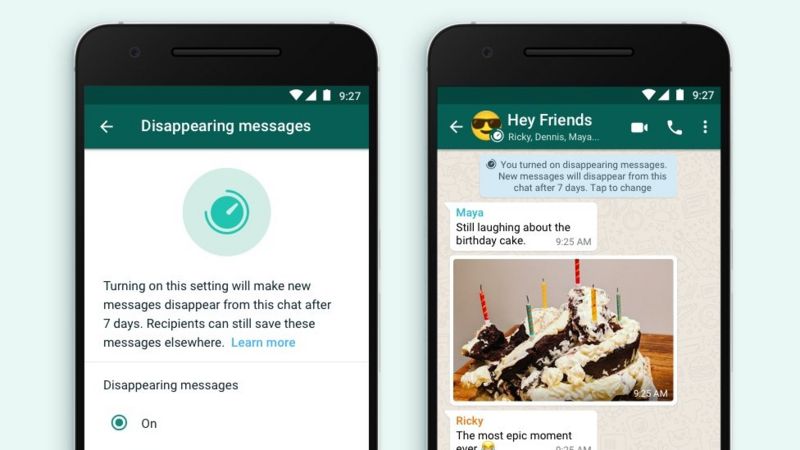 WhatsApp is already developing a new feature that allows messages to disappear after a week.

WhatsApp, which is owned by Facebook, has more than two billion users worldwide, and the company said the move would help keep messages private.

Whatsapp users are expected to start using the system by the end of November.

WhatsApp explained that it was starting with seven days “because we think it offers peace of mind that conversations aren’t permanent while remaining practical so you don’t forget what you were chatting about”.

In April 2019, Facebook CEO Mark Zuckerberg promised to make a number of changes to the site’s structure to provide users with privacy assurance.

The company also wanted to integrate some of the messaging software, where Whatsapp, Instagram and Facebook Messenger will be able to exchange data.

Snapchat software, which is a partner from a different company, has a similar system of deleting messages after a while.