Protesters have stormed the streets of cities in the United States of America over President Donald Trump’s plan to challenge the outcome of the presidential election in the country.

Protesters have blocked a freeway in Minneapolis, New York thereby leading to the arrest of some.

A large number of people are protesting against Trump’s plan in Portland.

According to New York Times, about 150 pro-Trump protesters, some of them armed in Phoenix can be spotted outside the county recorder’s office where a closely watched count of votes that could help determine the outcome of the election was being conducted. 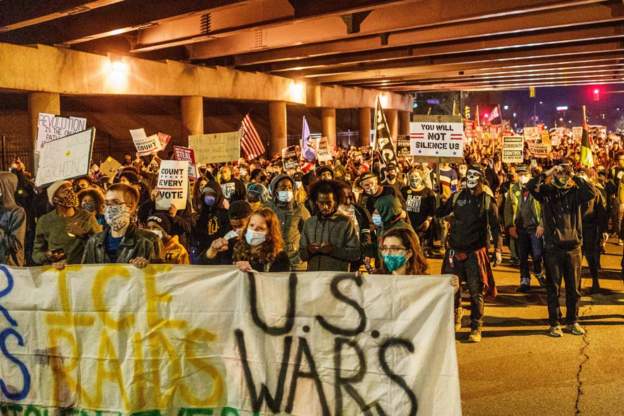 Those who want to continue counting votes 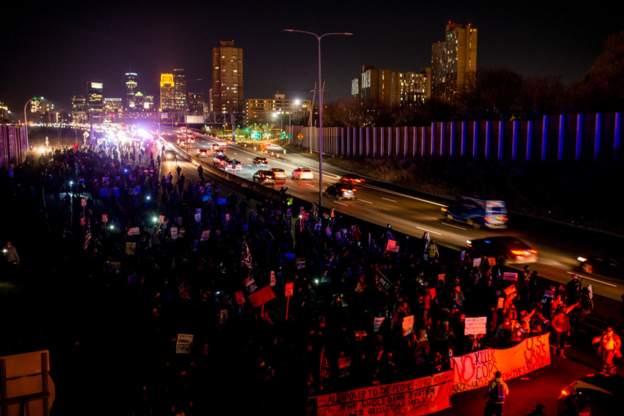 Those who want to continue counting votes. 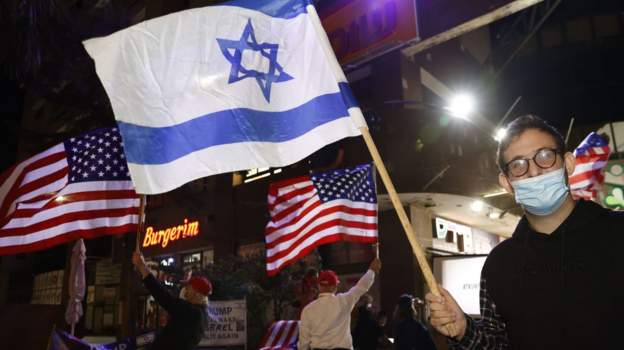 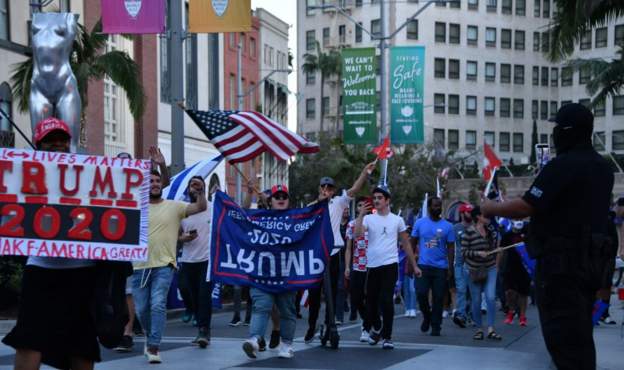 Related Topics:Donald trumpUS Election
Up Next

US Election Results: What Biden Needs To Defeat Trump In America’s Presidential Election

Things To Know About Nigerians Who Won In The US Election