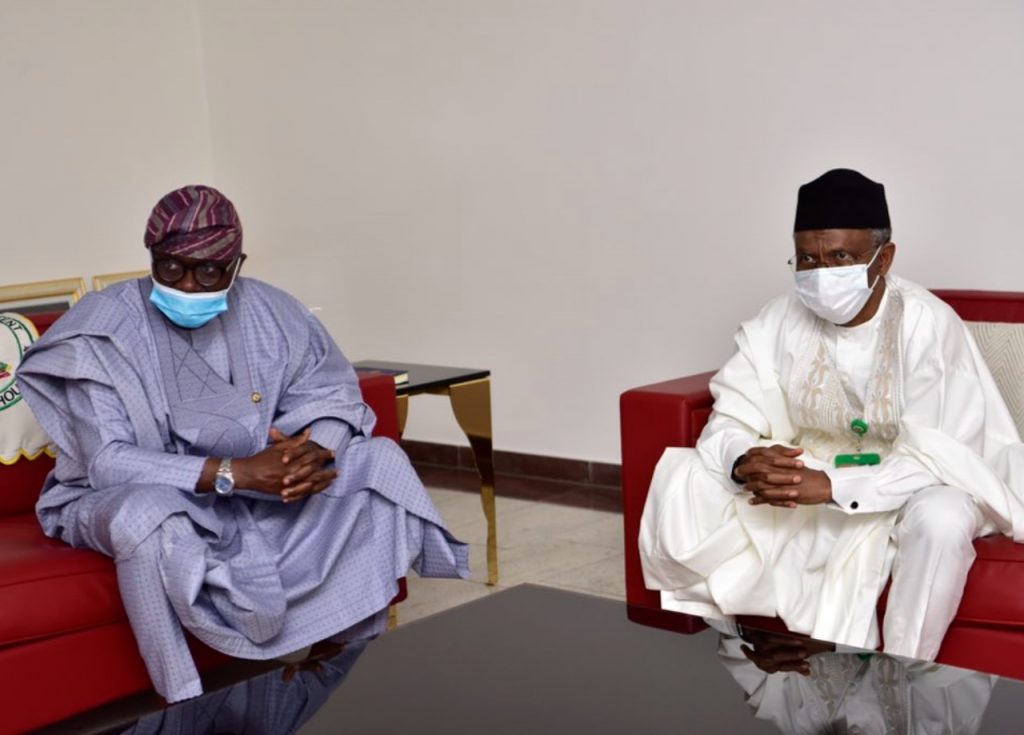 El-Rufai in a post on his Twitter account noted that he’s in the state to commiserated with the government and people on recent events in the State.

He also commended the state Governor for signing an Executive Order to restore lost assets.

Sanwo-Olu while speaking on the development said, “In the next few days, our Government will be sending a bill to the House of Assembly for the establishment of a Trust Fund to Rebuild Lagos. Today, I am signing an Executive Order to set up an eight-man Lagos Rebuild Trust Fund Committee, which will begin to oversee our recovery process.”

“To ensure the highest standards of probity, transparency and accountability, FBN Trustees headed by Mr. Kunle Awojobi will oversee the Lagos Rebuild Trust Fund Committee. The Committee will comprise five members from the private sector, two members from the public sector and one member from the international aid community.”

The Lagos State Governor noted that the state will adopt new standards of governance and build stronger partnerships, people and institutions.

The Trust Fund will get detailed cost of restructuring and rebuilding of destroyed assets.

The body will also advise the government on the most critical assets to prioritise and identify emergency response service critically needed.

Sanwo-Olu added that the state government would adopt plans and advice from individuals.