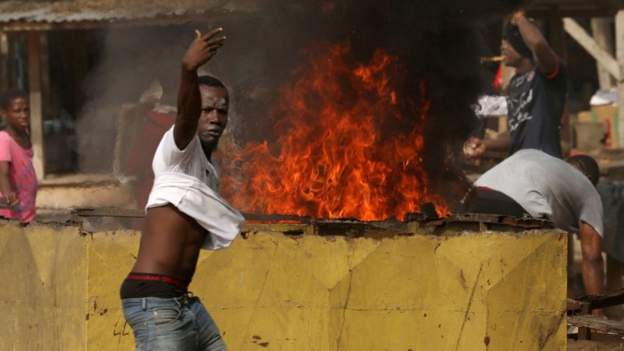 Ivory Coast’s exiled rebel leader and former prime minister, Guillaume Soro, has called on the military to intervene in the aftermath of Saturday’s presidential election.

Mr Soro in a statement on his social media page called on the military to restore law and order in accordance with the constitution.

He was barred from running for office earlier this year on corruption charges.

Opposition parties boycotted the by-elections, which saw President Alassane Ouattara win a third term with more than 90 percent of the vote.