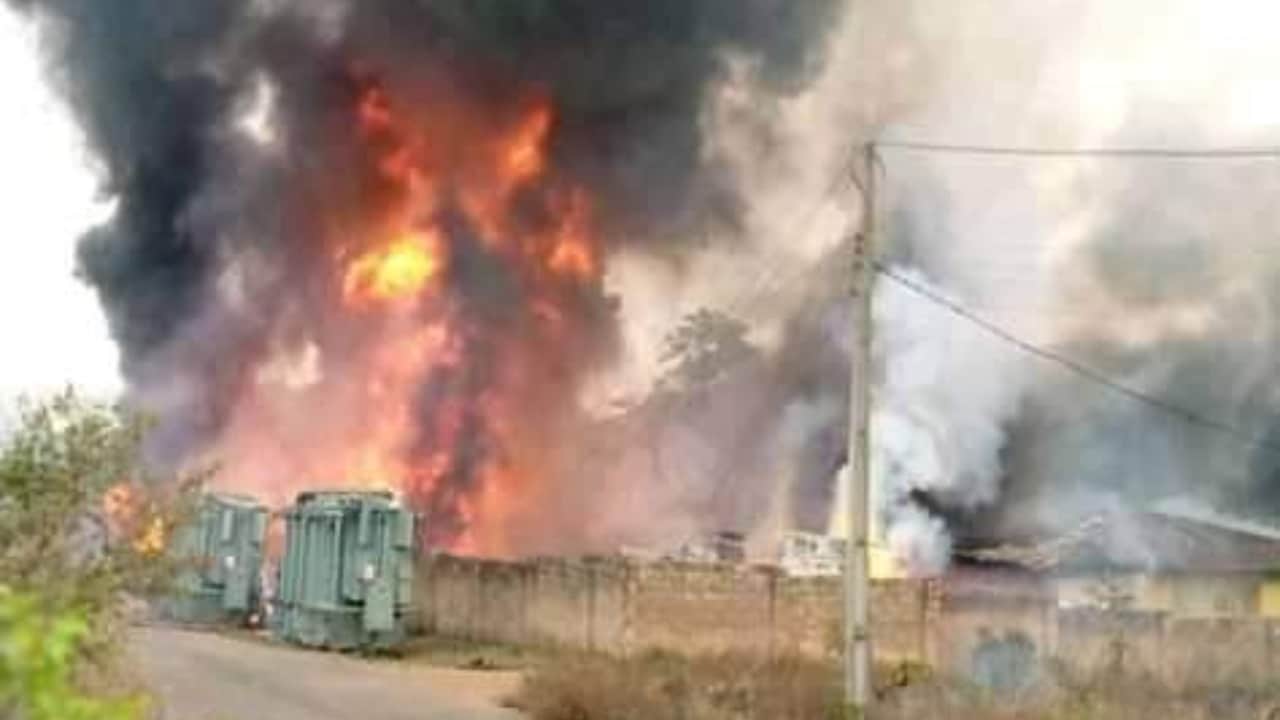 A massive fire outbreak occurred at about 12;30 pm on Thursday at the Oando petroleum tank depot, no. 6 Bonny Road, Apapa, Lagos state.
According to OVH Energy, the company behind Oando retail brand in West Africa, the fire outbreak took place at OVH Energy, Termina 1, Apapa in the afternoon.

The company disclosed in a tweet that preliminary information from the fire incident showed that it emanated from a tank within the terminal.

“Whilst an investigation has been launched to ascertain other details, we have a team of professional firefighters on ground to manage the outbreak,” the tweet read.

“We are happy to state that as at the time of this report, there are no casualties recorded.

“Safety remains our priority at OVH Energy as we operate under high safety standards to curb incidences of fire outbreaks as well as other health and safety risks from happening at any of our stations.”

According to eyewitnesses, the facility continued to burn despite the presence of a large number of firefighters.