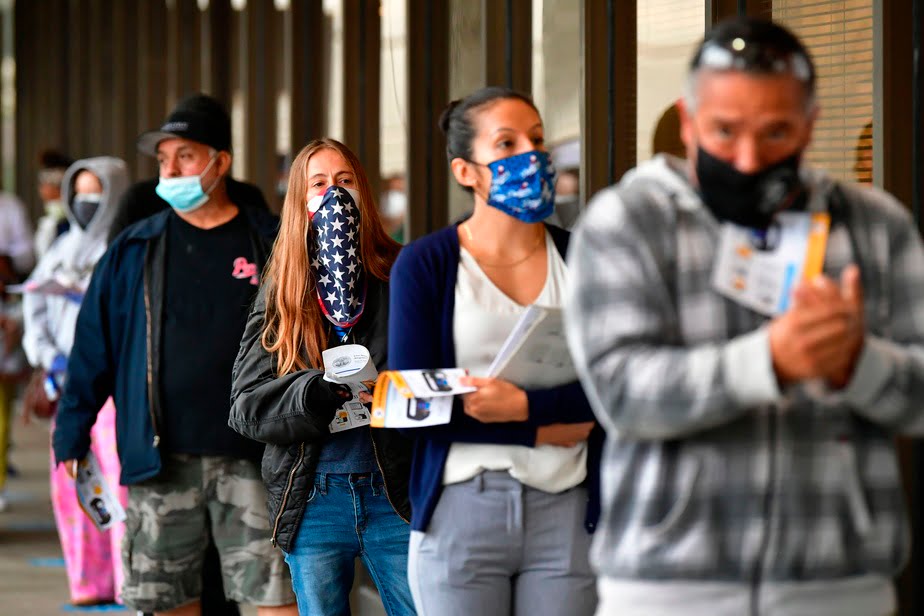 More than 100 million Americans have voted early for the presidential election, even before election day Tuesday, according to the latest updated count from the US Elections Project.

Ballots, mailed or deposited in person by voters before the official opening of polling stations on Tuesday, represent more than 72% of the total number of ballots in the 2016 election, according to this count established by the University. from Florida.

In the midst of the coronavirus pandemic, advance voting has broken records this year, with many voters preferring to take part in the upstream poll in order to avoid the crowds on election day.

Four years ago, 57 million voters voted in advance, according to the US Election Assistance Commission website.

In Texas, the number of voters who voted early this year exceeds the total number of Texans who voted in 2016.

The Trump camp says, without supporting evidence, that postal voting is more prone to fraud and likely to “rig” the results, and promises that its voters will come in droves on Tuesday to defeat the polls giving the Republican beaten.