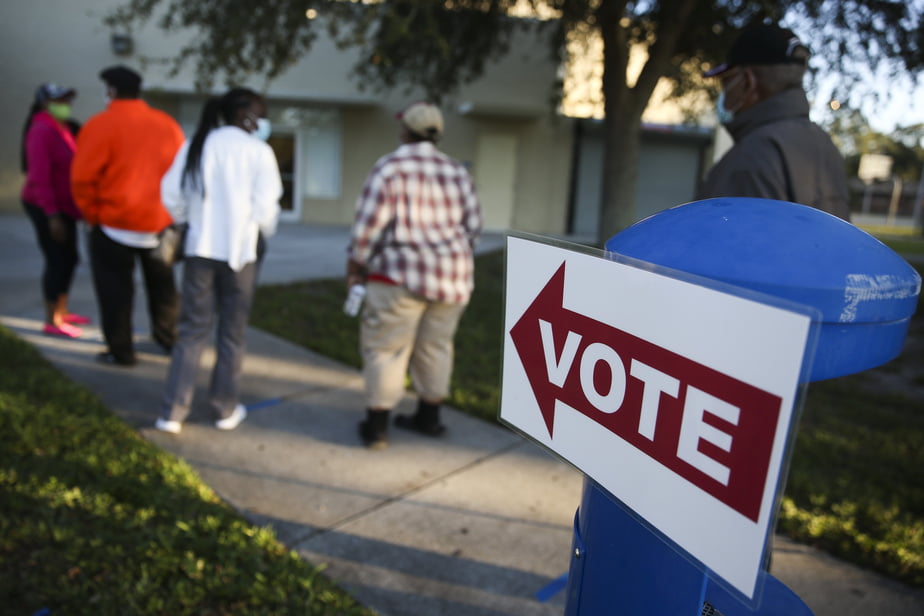 Forget the long lines under the scorching sun. Florida voters who chose to vote in person on Tuesday were able to do so quickly, with no major issues reported at polling stations across the state.

Florida, which has a sulphurous reputation in electoral matters, is at the centre of the ambitions of both campaigns: Donald Trump can hardly remain president if he loses the state, while Joe Biden is counting on the growing Latino population to win his 29 electors.

In Pinellas County, on the west coast of Florida, nearly half of eligible citizens had already voted by advance or by mail at the start of the day. The impact on the queues has been direct. By 4 p.m., the turnout was 76%, an extremely high level.

“It literally took five minutes: I got home, they verified my identity, I took my ballot and I voted,” said Suzy Hyclak, a shopkeeper from St. Petersburg.