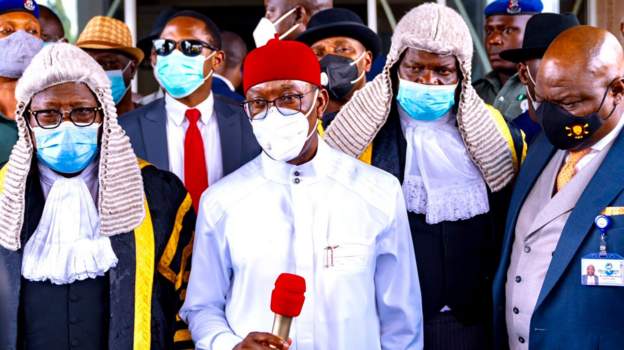 An unknown disease has killed at least 15 people in Delta State.

An unknown disease has killed at least 15 people in Delta State.

Media reports in Nigeria have reported outbreaks in two parts of the state, Ute-Okpu and Idumesah in the North East Ika Local Government Area.

Delta State Commissioner of Health, Dr. Mordi Ononye, ​​told reporters on Sunday that he had already led some health experts to the affected areas to find out what was really going on.

According to the commissioner: “Delta State Government has received information on seemingly mysterious deaths in Ute Okpu and Idumesa communities of Ika North East Local Government Area of the State which prompted the Governor, Senator Ifeanyi Okowa, to direct the State Ministry of Health to immediately investigate these deaths, identify the cause/causes and effect containment measures“.

The body samples of the victims, most of whom were 18 to 25 years old, were taken for analysis.

The commissioner added that the multiple death suspected to be as a result of hemorrhagic fever, or substance abuse.