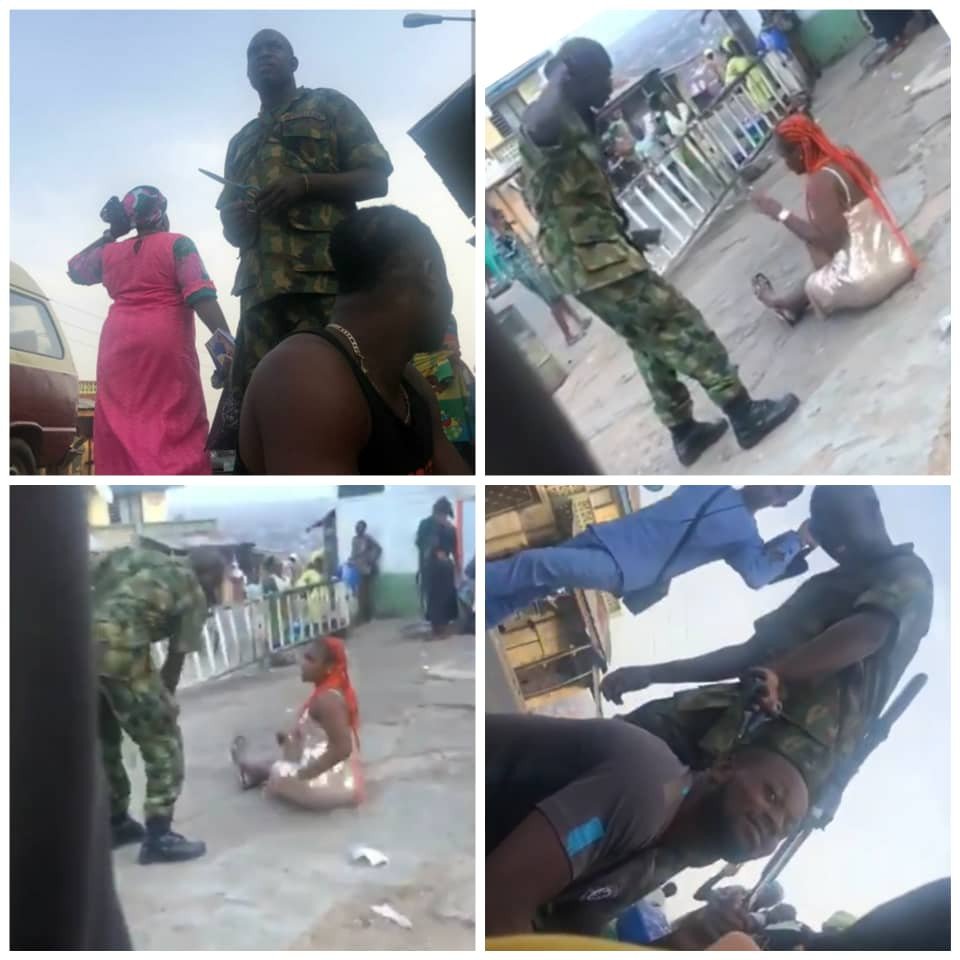 A video of some men of the Nigeria Army appeared on social media on Sunday, November 1 beating a lady in public while she was forced to sit down on the floor.

Naija News understands that the viral video of the assault by the military men was taken in Beere in Ibadan, Oyo state capital. It was reported that the soldiers dealt with the lady on the basis of indecent dressing.

Meanwhile, another young man in the area had shared a video claiming that his hair was cut by the same officers who were molesting and assaulting civilians over what they term ‘indecent’ dressing. He alleged further that he was extorted during the incident by the officer.

Watch the moment the lady was been beaten below;

However, following the public outcry, reports reaching Naija News at this time confirmed that the officers have been arrested and taken to the barracks.

The development was revealed on the microblogging website on Monday by the state Commissioner for Youths and Sports, Seun Fakorede.

He wrote; ”My ears are full with news of the unlawful activities of some Soldiers of the Nigerian Army, over the weekend. I have immediately reached out to the Commandant of the Operation Burst and I’ve been assured that the men involved in this distasteful operation have been arrested and taken to the barracks — they will be dealt with accordingly. This will not repeat itself again in Oyo State. Please, kindly go about your daily business and activities without fear. Thank you.”

Oyo State Security outfit, Operation Burst has admitted the video that went viral at the weekend in which one officer Adesina who was seen assaulting a lady at Beere, in Ibadan.

The Commander of the team, Captain Usolo who admitted the allegations,…

Meanwhile, the Enugu Youth Coalition has described as fake the report that mosques belonging to Hausa communities in the state were set ablaze as a result of some heated argument during the last weekend.