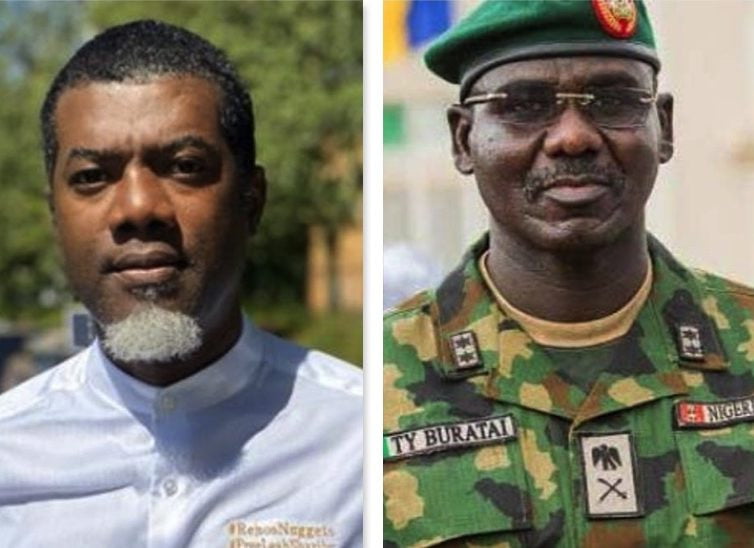 Nigerians, former Presidential aide, Reno Omokri has revealed his utmost desire for the month of November

Speaking via his Twitter handle, Reno, A popular critic of President Muhammadu Buhari’s administration stated that his greatest desire this November is to engage the Chief of Army Staff, Lt. General Tukur Buratai, to a man to man combat.

See what he wrote as shared his dream on Sunday, November 1;

”My greatest desire in November is to be in a room with General Buratai. No weapons. No referee. Man to man combat. Only one man coming out alive. Let God use me to avenge the cowardly slaughter of peaceful, unarmed, #EndSARS protesters at #LekkiMassacre by that spineless coward!”

God bless you. Do kindly ask him to accept my generous offer. At least, if you are right, he will get rid of his boss’s most resilient critic. Scripture says “the kingdom of God is not a matter of talk but of power.”-1 Corinthians 4:20#LekkiMassacre #EndSARS pic.twitter.com/HpTNhJW0dJ