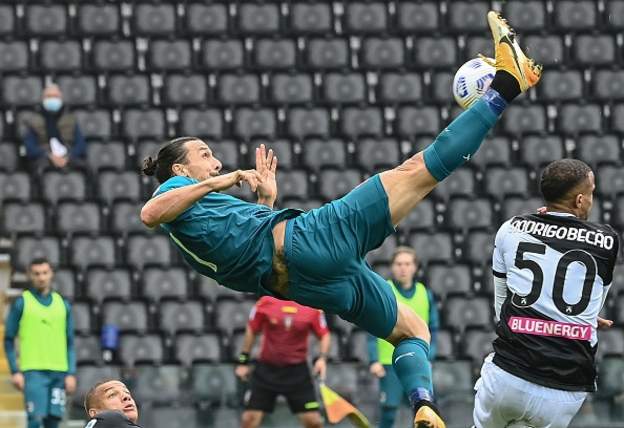 Zlatan Ibrahimovic scored again for AC Milan as the club beat Udinese to secure a place at the top of the table.

It was the 39-year-old’s seventh goal in four games this season.

“Mine was a good goal but the victory of the team counts more,” Ibrahimovic said.

“It was a difficult match, we showed that in difficult moments the team works well together.

“We are among the youngest teams in Europe, I take the blame for raising the average age, but they all make me feel younger.”

Ibrahimovic, who scored 17 goals in 22 Serie A appearances in his second stint in Milan, gave Franck Kessie his first goal before Rodrigo fired home a penalty.

Juventus are currently up against Spezia, with Ronaldo, Morata and Rabiot scoring three goals, and Pobega scoring one for Spezia.