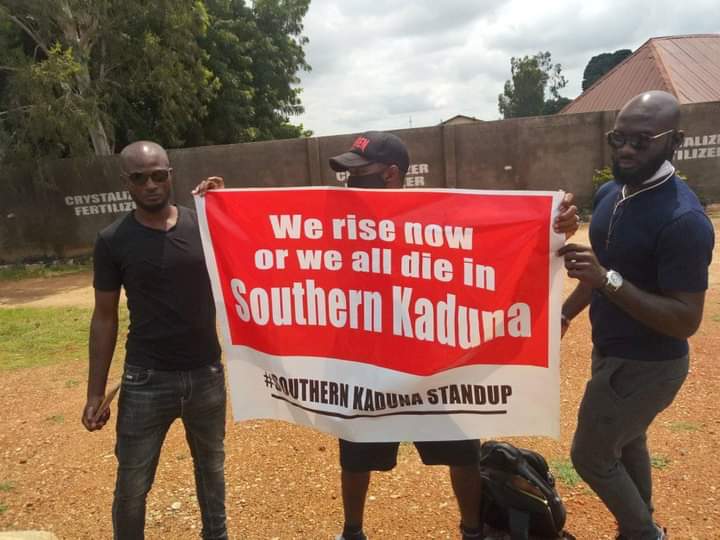 The Southern Kaduna Peoples Union (SOKAPU) has accused armed Fulani militias of continuous attacks and killing of its people.

The group made this known in a statement issued by its spokesman, Luka Binniyat,.

SOKAPU disclosed that Adara natives of Kallah ward, Kajuru LGA of Kaduna State, on Thursday, 29th October, 2020, witnessed another tragedy where Mr Kaduna Garba, 32, father of two children, who left the IDPs camp in Kallah town with his kinsman, Francis Bala, 38, and heading for their native Magunguna village to see the situation of things, among 18 other Adara communities were ambushed.

The statement further explained that the two men were ambushed and attacked just before getting to the village by armed Fulani with daggers and machetes, saying that Kaduna Garba was instantly killed while Francis Bala escaped with fatal injuries.

It stated that Irmiya Bitrus, 20, from Kwakwa village, in Atyap Chiefdom, Zangon Kataf local government area was also attacked by suspected Fulani militias who inflicted grievous injuries on him, saying that he is at a private hospital in Zoknwa receiving treatment.

It added that his friend, Dachomo Alamba, 20, with whom they were attacked on the outskirt of Kwakwa village around 7:30pm on Monday, 26th October, 2020 by same armed Fulani men, died of his wounds on the spot after the assailants fled.

The statement noted that armed Fulani men attacked two Gbagyi men riding on a bike on the Buruku-Damba-Kasaya road in Kunai ward, Chikun local government area where Mr. Ezra Nayaro, 45 and father of 7 children was gunned dead while the other passenger escaped into the bush.

The statement expressed its concern on how some Southern communities are now fully occupied by armed Fulani militia some for over a year, stating that the Governor of Kaduna State, Mallam Nasir el-Rufai is still in denial that such reprehensible truth doesn’t exist.

SOKAPU said that there are proofs that the villages below are now captured and occupied by armed Fulani militia.