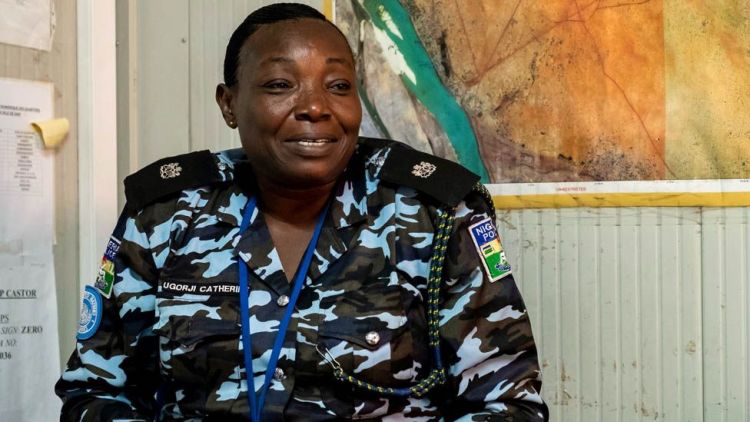 The United Nations (UN) has recognized the efforts of CSP Catherine Ugorji of the Nigerian police, serving with the UN Multidimensional Integrated Stabilisation Mission in Mali (MINUSMA).

In recognition of her commitment to duties and her professionalism, CSP Ugorji was selected as one of two runners-up for the prestigious UN Woman Police Officer of the Year award for 2020.

The UN Woman Police Officer of the Year award was established in 2011 to recognize the exceptional contributions of female officers to UN peacekeeping and to promote the empowerment of women.

Ugorji was commended for her exceptional commitment to service and professionalism by Under-Secretary-General for Peace Operations Jean-Pierre Lacroix, in a statement by Oluseyi Soremekun, the National Information Officer of the UN System in Nigeria.

The statement said Ugorji has been a shining example in both words and actions and is a true example of the best of UN policing.

Naija News understands of the 1,300 UN policewomen deployed in UN peacekeeping operations, twenty-one were nominated for the award.

Chief Inspector Doreen Malambo of Zambia, serving with the UN Mission in South Sudan (UNMISS), came tops and would receive the award while Nigeria’s Ugorji emerged as one of the two runner-ups.

The award would be presented during a virtual ceremony presided over by Mr Lacroix on Tuesday, Nov. 3.