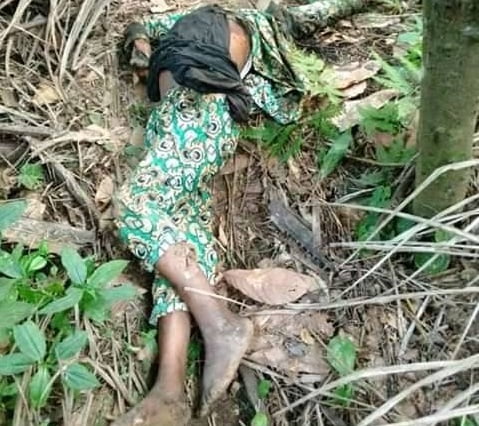 The gruesome murder of a guard by suspected ritualist in the late hour of Thursday, October 29 has caused unrest among residents of Oka Akoko area of Ondo State.

According to reports reaching Naija News at this time, Rotimi Olukoju was found dead by residents of the community yesterday in a nearby bush with some of his body parts already taken away by his murderer.

It was confirmed that the deceased before his death worked with a microfinance bank in the community.

Naija News gathered that the 43-year-old man was murdered while on his way to the farm in the Iwaro area of Oka Akoko of the agrarian community. Olukoju’s death stirred up panic across the community as residents confirmed that he was beheaded by the suspected ritualists.

There had been reported cases of ritual killings and related activities in the Akoko area of the state in recent times, this news platform understands.

Speaking with newsmen on the horrible incident, a family member of the late Olukoju on Friday morning noted that his remains had been deposited in the mortuary by the police.

According to him, Olukoju started working at the microfinance bank a few years ago to complement his farming, noting that his death was painful.

The family member said, “Now, they have taken his life despite all the suffering. We are pained by his death and most especially the cutting of his head.”

He added, “My brother died a painful death but we have resulted in spiritual means to unravel the real people behind this and I pray God will expose those who did this to us.”

On his part, when contacted on the incident, spokesperson for the Ondo State Police Command, Tee-Leo Ikoro, said the command had commenced investigation on the incident. He added that the police would soon be meeting with traditional chiefs and stakeholders in the town to tackle the activities of the ritualists.

In another news, Naija News reports that a man has been set ablaze by residents of his community in Ngove village, for allegedly responsible for the demise of his wife.