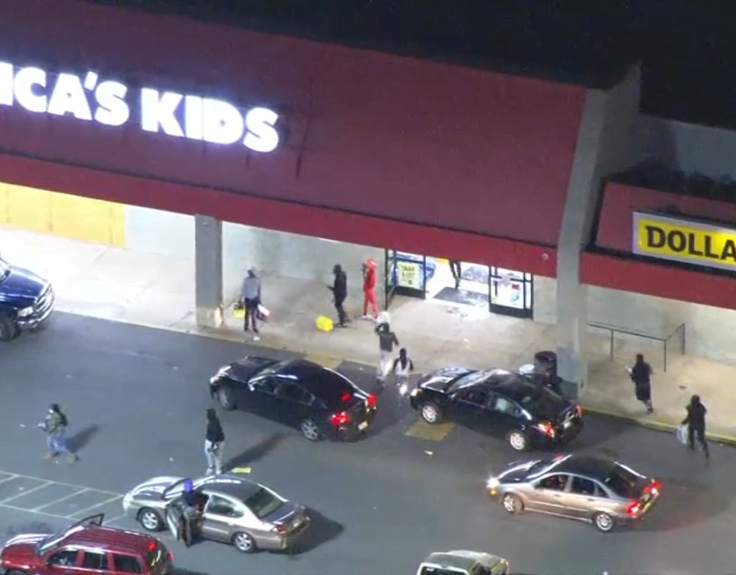 Just like in Nigeria, some individuals who disguised themselves to join the protest against police brutality in Philadelphia reportedly looted shopping malls belonging to private business owners.

Naija News understands that the protest started after a Philadelphia Police officer allegedly fired a gunshot at a Black man in West Philadelphia.

However, in the hit of the protest, some residents were captured on camera taking advantage of a protest to loot malls. It was reported that the protesters had gathered in West Philadelphia around 7 p.m. Tuesday, October 27, and marched to the 18th District police headquarters to register their displeasure with the alleged shooting of the black man.

Naija News learnt that a lawyer for the family of Walter Wallace Jr., the man who was killed by the cop had earlier called for an ambulance, not police, to get him to help with a mental health crisis.

Walter’s demise, however, stirred up outrage in the community which in turn resulted in the protest and then lootings as hoodlums took advantage. According to Philadelphia police officials, two cops were injured during the event on Tuesday night.

Residents were, however, seen rushing in and out of the shopping malls to cart out foods and electronics.

In another news, Naija News reported that a Philippines policeman was killed by a fighting cock which had a razor blade attached to its legs.