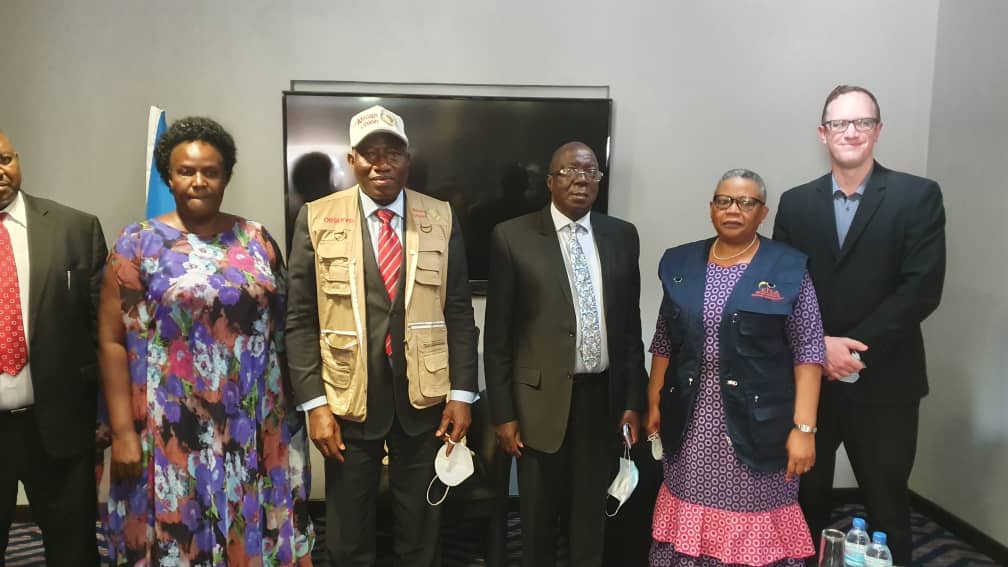 Jonathan made this known in a statement shared on his social media pages on Wednesday, 28th October.

The former Nigerian leader led the AU observer team to visit some polling stations in Dar es Salaam on Wednesday morning as general elections got underway in Tanzania.

He wrote on his Twitter page, “The African Union Expert Election Observer Team which I lead visited some polling stations in Dar es Salaam this morning as voting got underway in Tanzania’s general elections.

“The African Union sees today’s polls as yet another opportunity for the good people of the United Republic of Tanzania to deepen democracy and peace in the country.”

An earlier statement from his media office titled, “Jonathan leads AU election observer mission to Tanzania as Chairperson calls for peaceful polls,” also quoted the Chairperson of the African Union Commission, Moussa Faki Mahamat, to have urged all stakeholders in the election to play their roles in ensuring a peaceful and credible election in Tanzania.

The statement read in part, “He further urges the authorities to ensure a conducive environment to enable citizens to cast their votes in a safe and peaceful manner.”

It also noted that this will be the second consecutive time Jonathan will be leading an international observer group to Tanzania’s general election.

“It is the third time Dr. Jonathan will be leading the AU election observation mission and the second consecutive time he will be observing the election in Tanzania, having led the Commonwealth Observer Group to the East African nation’s last general election in 2015,” the statement noted.

Since leaving office in 2015, Jonathan has been involved in peacebuilding efforts and consolidation of democratic processes in Africa.

Recently, he was also appointed as a special ECOWAS envoy to mediate in the political situation in Mali.