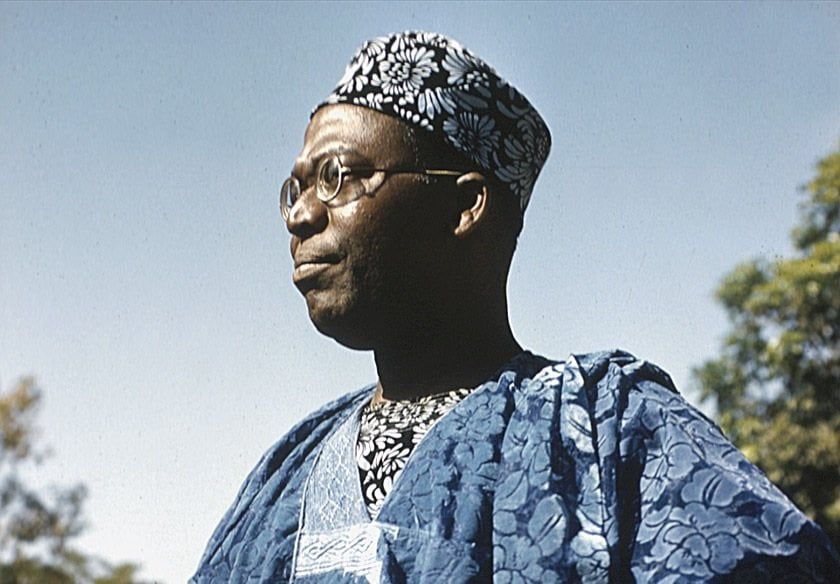 The glasses on Obafemi Awolowo’s statue has still not been found, seven days after the curfew declared by the Lagos State Government to quell the unrest in the state.

Recall that following the vandalism of public and private properties across the state, after hoodlums hijacked the #EndSARS protest, the state governor, Babajide Sanwo-Olu had declared a 24-hour Curfew.

The hoodlums who looted both private and public properties did not spare the statue of Nigeria’s past leader Obafemi Awolowo, located in Ikeja.

Awolowo, the premier of the western region from 1954 to 1960, is known for his unique round-shaped glasses.

In September 2017, the 20-feet statue was unveiled by former governor of Lagos, Akinwunmi Ambode, and was located at Obafemi Awolowo Way, close to the Lagos Television (LTV) junction in Ikeja.

According to Ambode, the monument was erected to celebrate the legendary achievements and contributions of Awolowo to the development of the country.

Below are photos of the statue with and without the glasses. 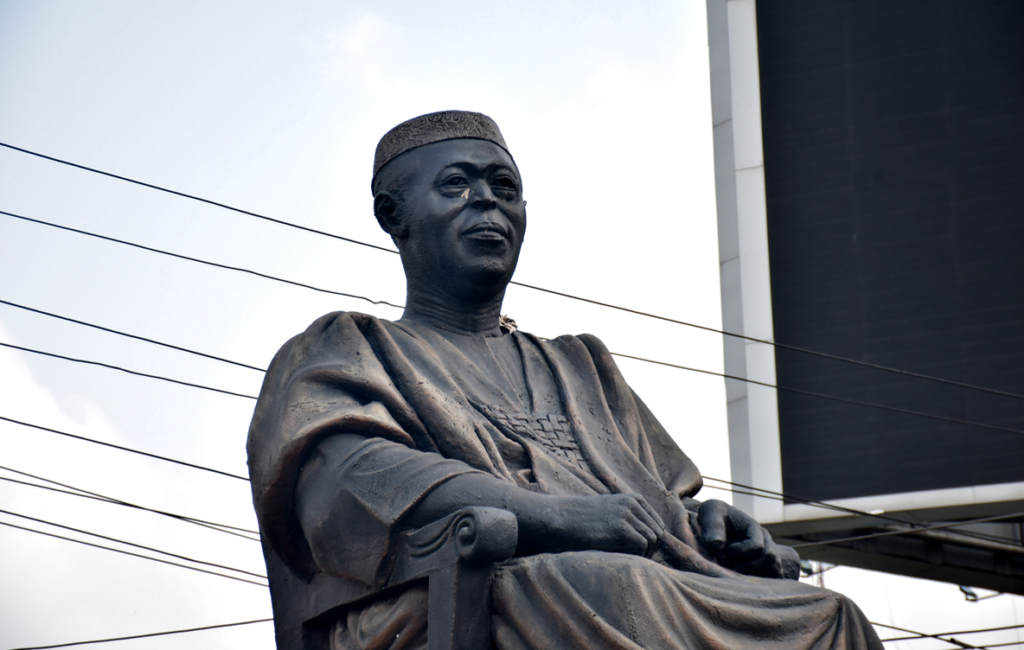 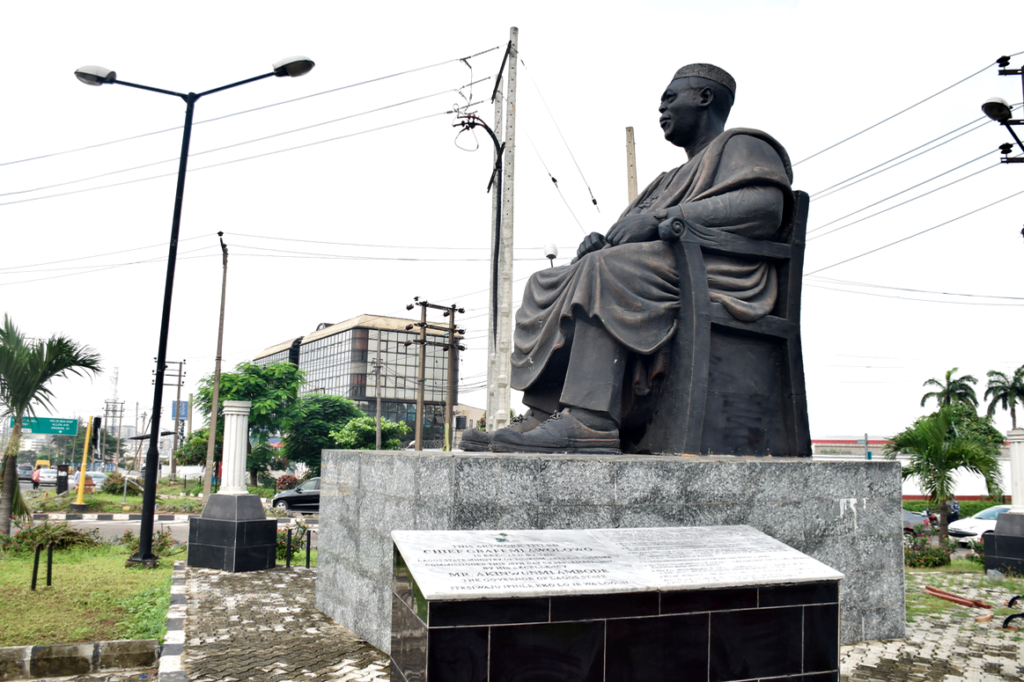 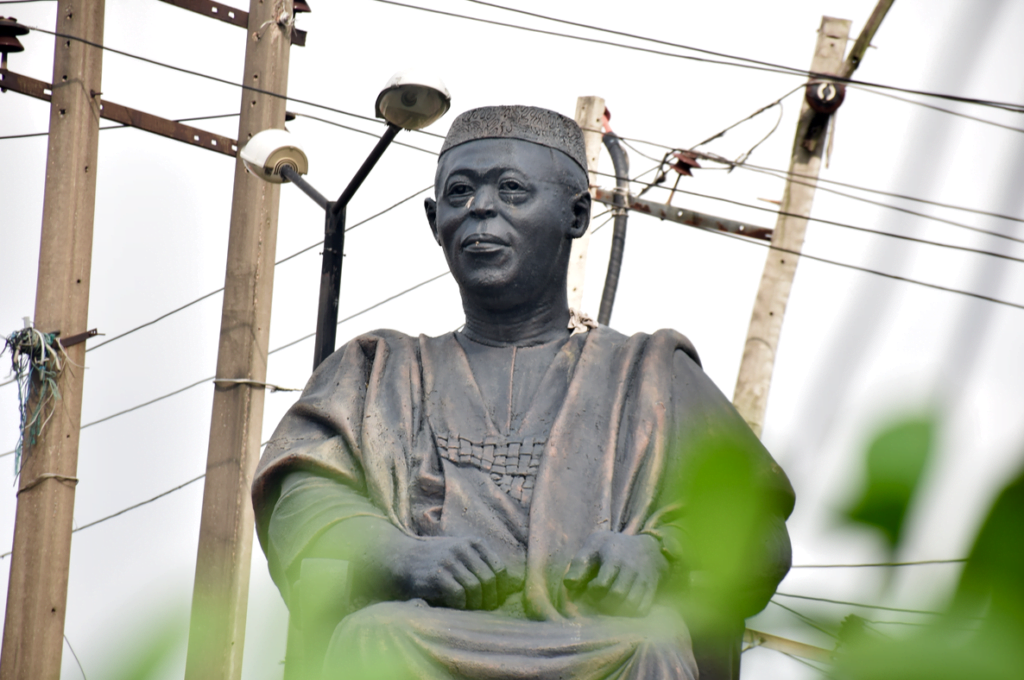 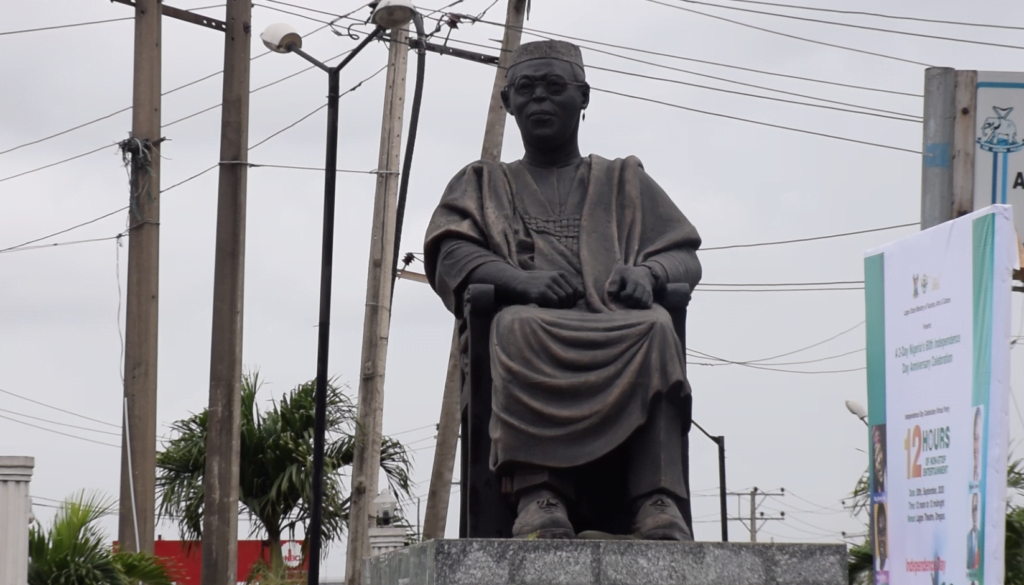 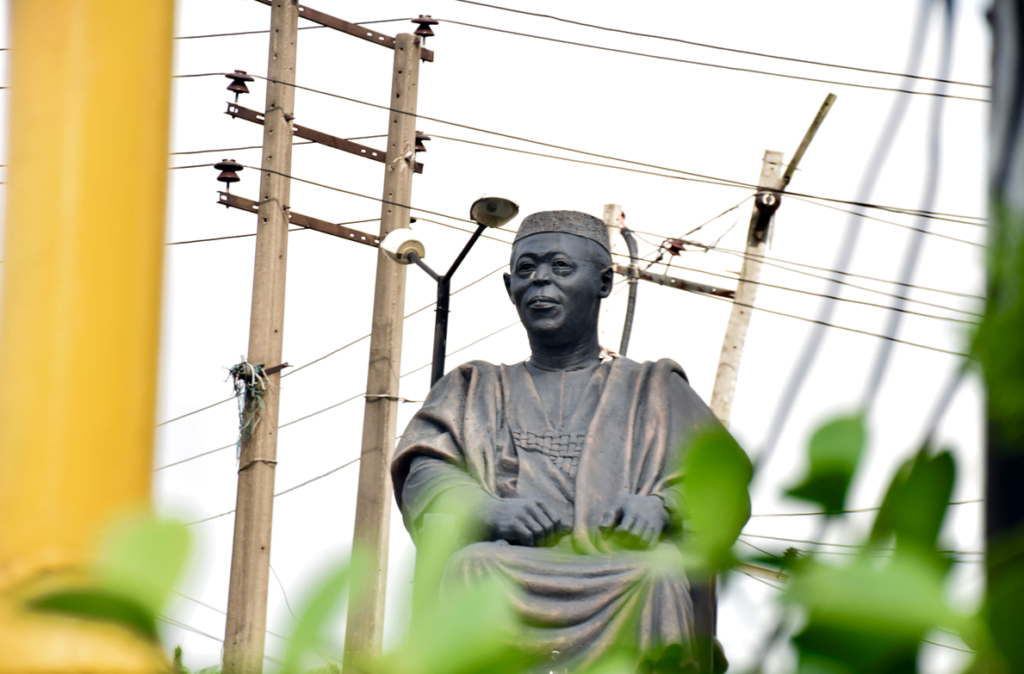 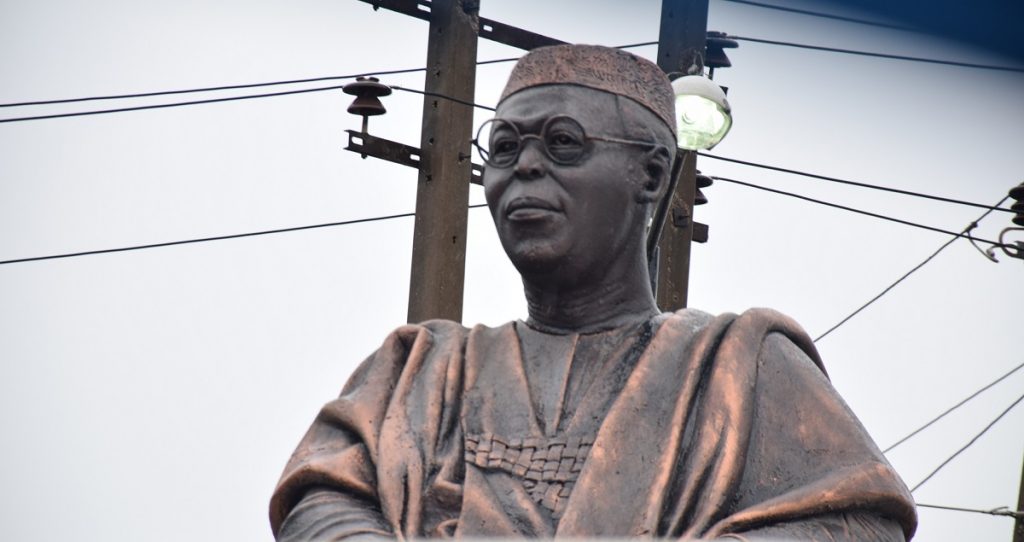