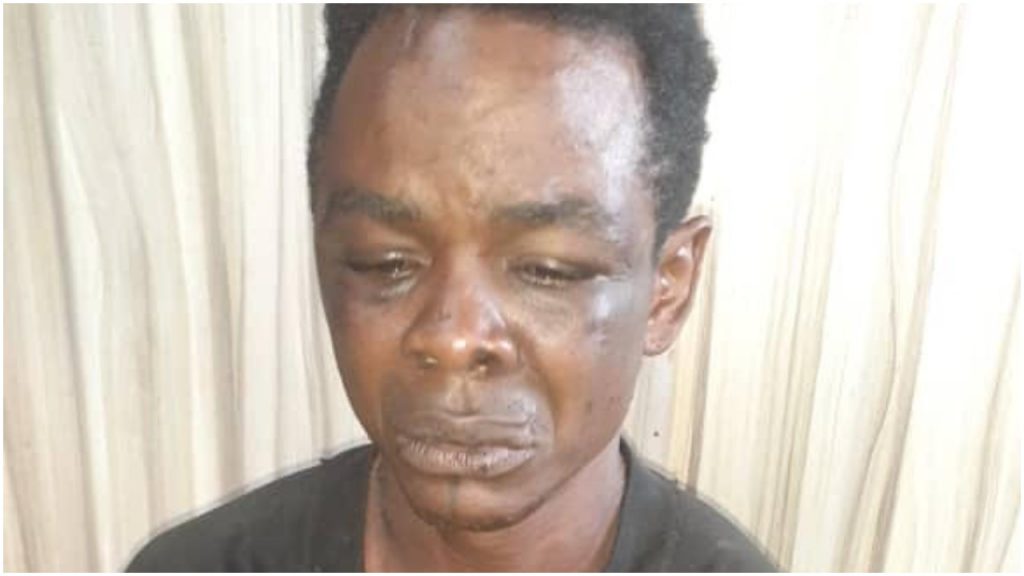 A notorious Eiye confraternity leader identified as Akibu Tikare has been arrested by the Ogun State police command at the scene of a robbery operation.

The spokesperson of the command, Abimbola Oyeyemi, noted that the suspected cultist has been on the wanted list of the state command.

Oyeyemi further stated that the 26-year-old was arrested by policemen attached to Ogijo division on Saturday, October 24.

He said, “Tikare was arrested following a distress call received at Ogijo division at about 9:30pm that a group of armed robbers were operating between Gbaga and Kamalu area of Ogijo, robbing people of their belongings at gun point.”

Following the information, the DPO of Ogijo Division, CSP Muhammed Suleiman Baba, led his men to the scene and the suspect was apprehended with help from members of the vigilante group.

Oyeyemi disclosed that other members of the group escaped.

“Some of the victims have identified him as one of those that robbed them of their property including but not limited to phones and cash,” it was said.

Tikare was arrested with a locally made double-barrelled short gun.

The Commissioner of Police, Cp Edward A. Ajogun has directed the transfer of the suspect to the State CIID, while ordering that the escaped suspects be tracked.