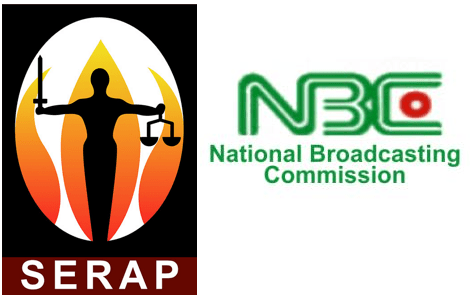 Three Nigerian television stations have been fined a sum of nine million naira (N9,000,000) by the National Broadcasting Commission, NBC over the coverage of the worldwide protest against police brutality.

Naija News understands that Channels Television, AIT and Arise TV were each awarded an N3m fine over “unprofessional coverage” of the EndSARS protests across the nation.

Here is the tweet of NBC confirming the sanction below

In reaction to the development, The Socio-Economic Rights and Accountability Project (SERAP) has condemned the sanctions and threatened to drag the NBC to court if the N9m fines imposed on the broadcast station are not rescinded within 48 hours.

Here is SERAP’s Reaction Below

BREAKING: We condemn the illegal fines of N9m reportedly imposed by the National Broadcasting Commission on Channels TV, AIT and Arise TV [N3m each] over their coverage of the #EndSARS protests.

We'll sue the NBC if the unconstitutional fines are not rescinded within 48 hours.