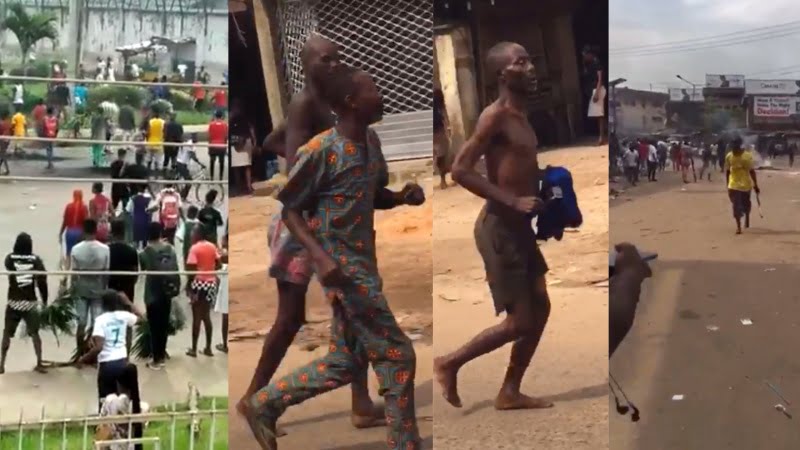 Governor Godwin Obaseki of Edo State on Friday, October 23 issued an ultimatum to inmates who fled from the Benin prisons, Naija News reports.

A few hours after the governor’s extended ultimatum, reports has confirmed that not less than 25 out of the 1,900 inmates who escaped have relinquished themselves to the prison authorities.

Naija News understands that Governor Obaseki had initially given October 30 as ultimatum to the fleeing inmates after the incident, but subsequently extented to another week.

The one week extension was confirmed in a statement on Friday by Obaseki’s Special Adviser on Media and Communication Strategy, Crusoe Osagie.

Naija News reports that the 1,900 inmates had escaped from the Oko and Sapele Road Correctional Centres in Benin City, Edo State on Monday, October 19, during the hit of the #EndSARS worldwide protest.

Meanwhile, a report from an official of the Sapele Road Correctional Centre had told newsmen that one of the escapees had been recaptured after he was shot in the leg last Wednesday. The report confirmed further that two out of the 25 inmates who returned were inmates at the Oko Medium Correctional Centre along Airport Road, Benin.

“The Department of State Security, the police and officials of the Nigerian Correctional Services will soon commence a manhunt for the runaway inmates immediately after a seven-day grace the state government gave them has elapsed,” the prison official revealed.

He added, “We have a way of arresting runway prisoners. We will swing into action once the protest calms down nationwide. The earlier they return on their own, the better for them.”

“Those who are rearrested will be retried and sentenced to extra seven years if convicted. So, it is in their own interest to return as the governor has given them extra one week of grace to do so.”

Revealing why he decided to surrender himself to authorities, one of the escaped inmates, Alex Ose said that he has been awaiting trial since 2014 when he was arrested for armed robbery in Benin. According to the 40-year-old father of four and a taxi driver, he was innocent of the charges that landed him in the prison.

Ose, however, expressed confidence that he will be vindicated by the court. He said, “I am innocent of the allegations against me. I was framed up. I am appealing to Governor Obaseki to look into my case.”

“I have every opportunity to run, but chose to surrender myself because I am not guilty. The governor should please look seriously into my case.”