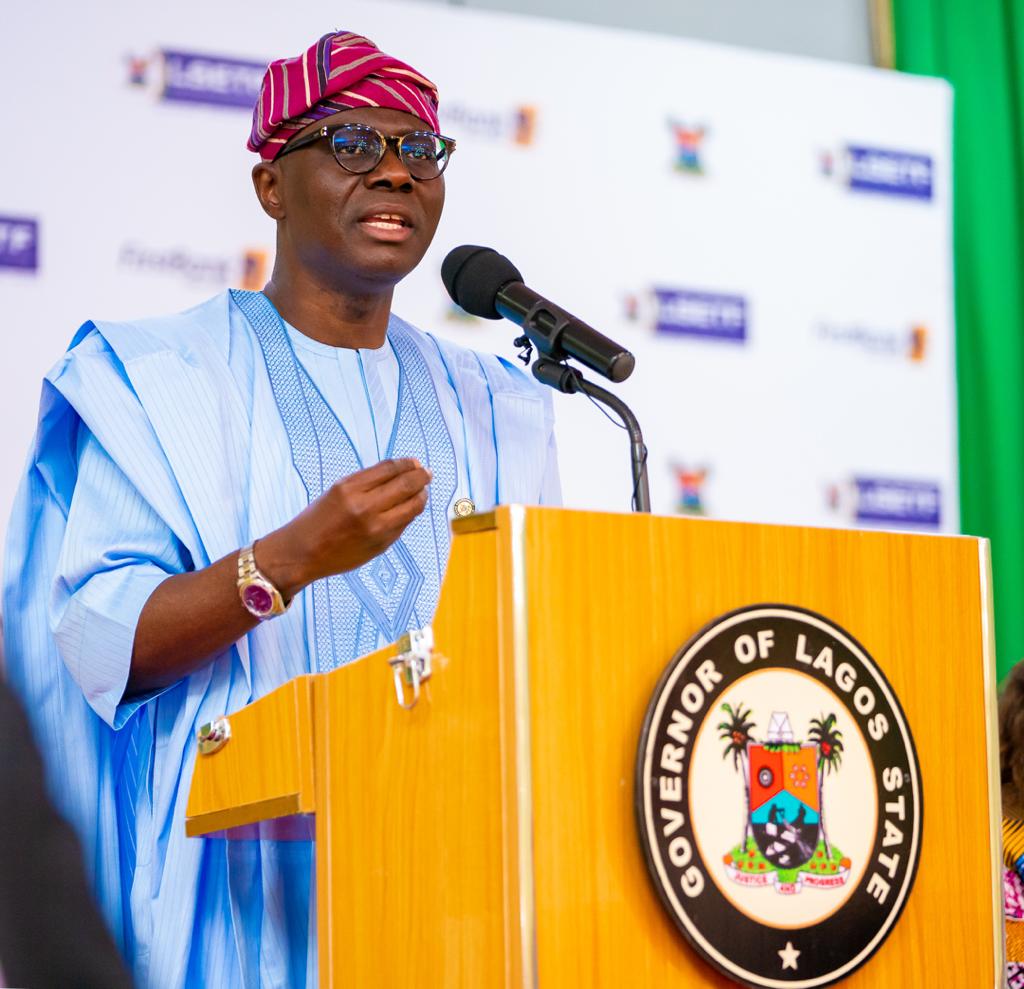 The Lagos State Governor, Babajide Sanwo-Olu has apologized to Lagosians for the loss of lives and destruction of properties witnessed in the state in the past few days.

The Governor, while appealing for calm and consoling those affected, acknowledged that more should have been done by the government to protect lives and properties.

He however promised that going forward, all hands will be on deck to restore normalcy in the state, provide good governance and end police brutality.

Sanwo-Olu made the commitment in a series of tweets from his Twitter account on Thursday evening where he wrote:

We mourn the lives we have lost across the state and to the families that we could have better protected, I sincerely apologize.

To the police and law enforcement that have lost members, we mourn these important members of our community.

I was on Arise TV where I spoke on what we are doing to return normalcy to our state.

I mentioned my call to the President after which the Chief of Defence Staff called to assure us on helping to restor security to our state.

Lagos will be stronger. We will rebuild bridges and we will deliver on the good work we started on ending police brutality and providing justice.”

The Governor who further apologized for the loss of lives and properties witnessed in the aftermath of the #EndSARS protests urged the people of the state to stay clear of fake news flying about particularly on social media.

“The unfortunate incident that happened served as a catalyst that fueled anger and looting by thugs across the state. Fake news and click baiting has also spread across social media further causing more chaos. I mourn the various losses across the state.”

“We are working to stabilize things across the state as we look to rebuild. The state team is working with the hospitals and emergency services to verify the details of everyone involved in incidents across the state.”

He reiterated his stance that the cameras removed from the Lekki toll gate were not CCTV cameras but infrared car scanners, adding that his government will get to the bottom of what transpired on Tuesday between the protesters and security operatives at the Lekki toll gate.

“On the false report of removal of CCTV, LCC has confirmed that what was removed were infrared car scanners.”

“Evidence from the surveillance cameras (which wasn’t removed) will be used to aid investigations into the incident and a panel will be constituted to probe the shooting.”

“I understand that tempers are high but we are beginning to get a clearer picture of the things that led us to this point and I want to ask us to be circumspect to avoid further losses and triggering other sentiments. Do not encourage thugs through parody and inciteful words.”

“On our work to end police brutality, our judicial panel is ready to begin work. We want to find justice and provide compensation for victims to the best of our abilities.”

“We encourage the youth to provide two representatives to join the judicial panel.”

Sanwo-Olu thereafter appealed to all stakeholders to join him in the task of building Lagos State to enviable heights.

“I want to implore Lagosians on the need to come together for genuine reconciliation to forge a better and stronger Lagos.”

“Lagos is the Center of Excellence, a symbol of national pride and we have to protect it. It is our home.”

“It is my Lagos, your Lagos, our Lagos.”

“We will protect our home.”