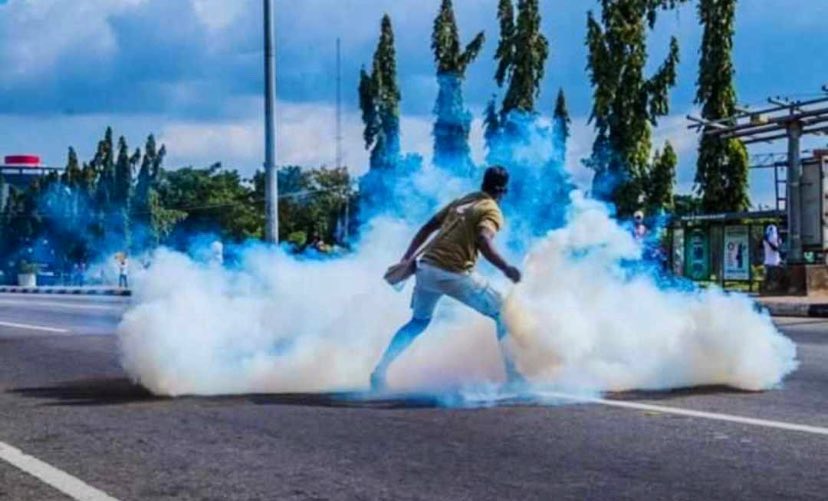 Economic Community of West African States, ECOWAS, Commission has appealed to the Federal Government of Nigeria to address the ongoing crisis in the country with immediate effect.

The Commission in a statement made available to newsmen on Wednesday, October 22, condemned the continued widespread violent demonstrations by youth in Nigeria over police brutality.

ECOWAS in the statement titled ‘ENDSARS PROTESTS IN NIGERIA’ urged citizens to carry out their protest peacefully while it charged the encouraged the Nigerian Authorities to conduct the investigation on the cases of police brutality rapidly.

The regional commission further urged the Nigerian security operatives to act professionally in the discharge of their duties, adding that it should exercise restraint in the handling of the protests.

The Commission notes that “in an effort to address the demands of the protesting youth, the Federal Government of Nigeria took important decisions regarding disbandment of SARS, comprehensive police reforms and investigation of cases of police brutality”.

The statement reads further; “ECOWAS Commission appeals to the Federal Government of Nigeria, the Nigerian youth and the civil society to urgently pursue dialogue for an early and amicable resolution of this social unrest and maintain the Nigerian image as a bastion of law and order.”

“While ECOWAS Commission recognizes the right of citizens to freedom of expression and peaceful assembly and protests, it also wishes to stress that those rights should be exercised in a non-violent manner.

“In this regard, ECOWAS Commission calls on all protesters to remain peaceful in the conduct of their demonstrations,” the statement added.

“ECOWAS Commission expresses its condolences to the families and friends of those who have lost their lives during the protests and wishes the injured a speedy recovery”.

Meanwhile, the President of Ghana who doubles as ECOWAS Chairman, Nana Akufo-Addo, on Wednesday noted that violence is not the way out to the demands of protesters in Nigeria.

Akufo-Addo stated this on his Twitter account while reacting to the shooting at Lekki tollgate, Lagos State, Naija News reports.