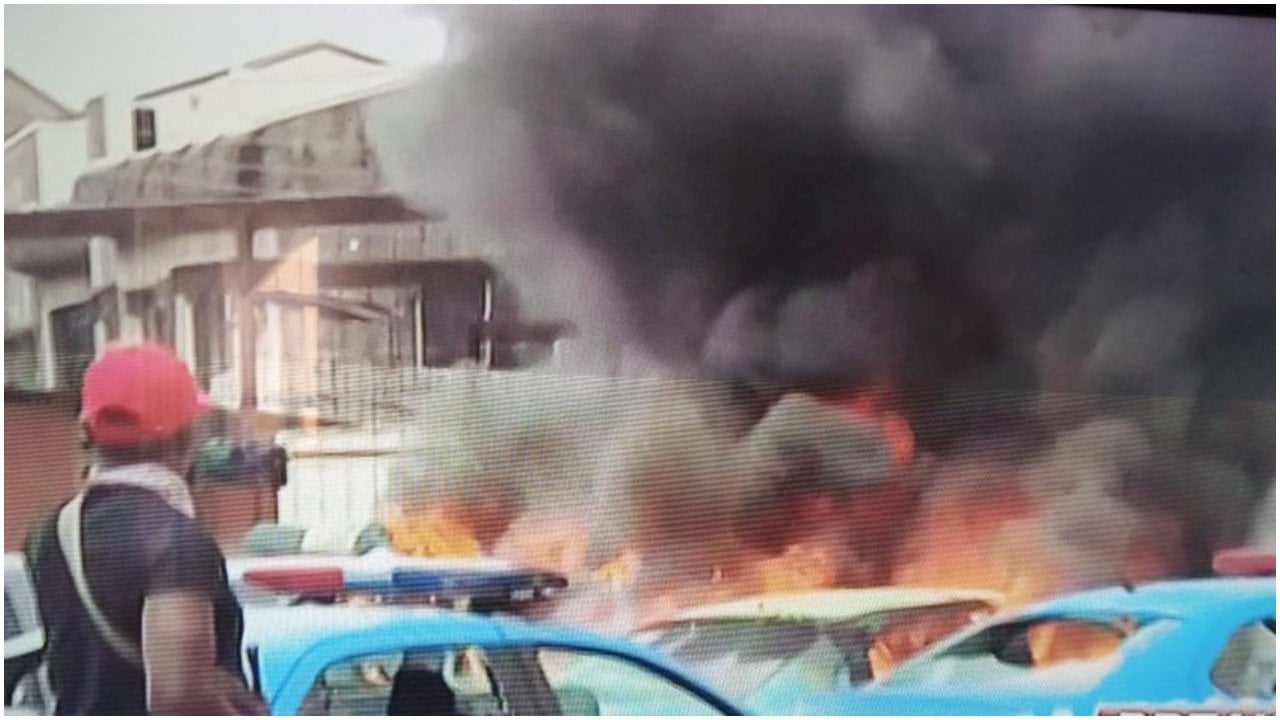 Reports reaching Naija News at this time confirmed that some angry mob on Wednesday, October 21 stormed the office of the Federal Road Safety Corps, FRSC, in Ojodu, Berger and set it ablaze.

It was further disclosed that the buildings occupied by the Lagos State Traffic Management Agency (LASTMA) and the Vehicle Inspection Office (VIO) were attacked by the hoodlums.

Naija News learnt that some vehicles owned by the government parastatals and offices were also set on fire by the angry thugs. The developments are coming after the massacre of peaceful #EndSARS protesters at the Lekki Toll Gate on Tuesday night, Naija News reports.

Watch below moment the government parastatals were set ablaze by the hoodlums;