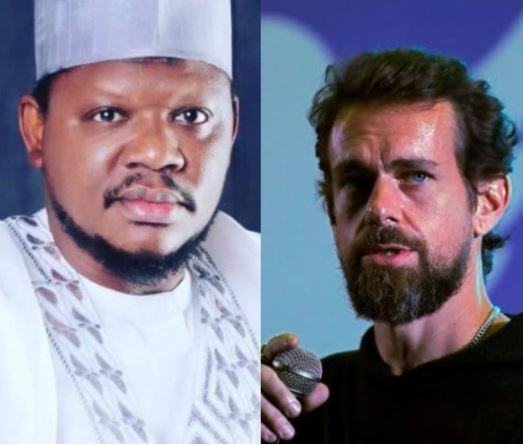 A storm of reactions by Nigerians has greeted the decision to Adamu Garba to Jack Dorsey of Twitter over #EndSARS protests.

Naija News had reported that Garba, a former Presidential aspirant of the All Progressives Congress (APC), sued the Twitter CEO, for $1bn  for supporting the #EndSARS campaign.

This online news platform recalls that the Twitter CEO lent his voice to the struggle last week by tweeting #EndSARS and thereafter, verified four front liners of the campaign. He also called for donations to help the campaign.

Displeased with the development, Garba had on the same day, threatened to drag the Twitter CEO to court for supporting the protest, adding that #EndSARS has been hijacked as is now a political movement.

It’ll do you a lot more good if you stay away from Nigerian Politics. You should know that the so-called #EndSARS protest have transformed into political agitation, capable of breaking law & order in our country. You should not be a moral & financial sponsor to this. https://t.co/slhwmOnCMY

Today, Tuesday, October 19, the former Presidential aspirant released documents showing that he has sued the Twitter CEO, demanding ” a fine of $1bn dollars in favour of Federal Republic of Nigeria, as a compensation for loss of lives, properties and convenience” as a result of his “active support for funding of #EndSARS after the issues are being attended to by the government,” he tweeted.

Here’s your motion of notice, a fine of $1Bn dollars in favour of Federal Republic of Nigeria, as a compensation for lost of lives, properties & convenience as a result your active support for funding of #EndSARS after the issues is been attended to by the Government pic.twitter.com/aunph9OIY8

Displeased with Adamu’s decision to sue Jack, Nigerians took to the micro-blogging site, Twitter to berate the former Presidential aspirant.

So Adamu Garba wants Jack to pay €1 Billion (about 450 Billion Naira) to him for damages.

We are fighting SARS and police brutality, Adamu Garba is fighting Jack for providing a platform for Nigerians to make their displeasure known. Misplaced priorities 🤡🤡🤡

Jack is a very gentleman. I can’t stand and watch one nuisance from nowhere threaten me unnecessarily on my own platform. Ma ti delete account weyrey tipe

The Nigerian government is waging war on us on ALL fronts. Adamu Garba is in court asking Jack for 1 billion USD. Governors are imposing curfews. Thugs are getting paid to disrupt protests.

I want Jack to remotely take that thing seriously and then come with receipts and sue the Nigerian Government, properly.

In case you don’t know, it was government that asked Adamu Garba to sue @jack. #EndSARS

Sir Adamu, just beg for the $1B you saw on Jack’s pinned tweet, all this agidi can not cut it
🤡 pic.twitter.com/m7GcuXrneC

Jack has been supporting the #EndSARS movement n on behalf of all Nigeria, i would be sending this Adamu Garba back to the jungle, he is nothing but a wild animal😭😂

Even my gate man named adamu get sense pass this one.
Imagine calling out and threatening to sue jack for sponsoring #EndSARS 😂😂??
Go and find who’s sponsoring bokoharam, idiot!