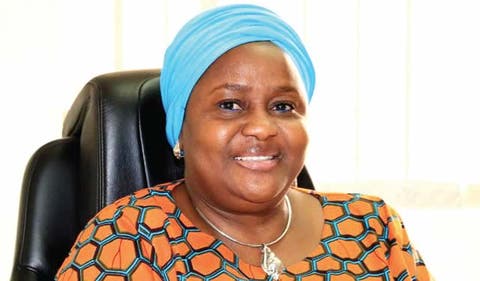 Aisha Dahir-Umar, has been confirmed by the Senate as the substantive Director General of the National Pension Commission Board amidst protest from some lawmakers.

Also confirmed were Clement Akintola (South-West); Ayim Nyerere (South-East) and Charles Emukowhale (South-South), as commissioners of the PenCom board.

The Lawmakers, however, rejected the confirmation of Hannatu Musa (North-West) for not been able to present her discharge certificate from the National Youths Service Corps.

Members of the Minority Caucus in the Senate last week sent a petition to the Committee on Establishment and Public Service, seeking the disqualification of  Dahir-Umar as the substantive DG of PenCom.

Dahir-Umar before her confirmation on Tuesday held the position in acting capacity.

The Minority Leader of the Senate, Senator Enyinnaya Abaribe, who argued against Dahir-Umar confirmation, insisted that since her predecessor did not complete her tenure, the position should be occupied by somebody from the South-East, where Mrs Chinelo Anohu-Amazu, whose five-year tenure was truncated, hailed from.

The Senate President, Ahmad Lawan, while ruling on Abaribe’s statement, noted that constitutional provisions relied upon by those who are kicking against the DG’s appointment was not valid because the tenure of Anohu-Amazu’s board had expired before the appointment of Dahir-Umar