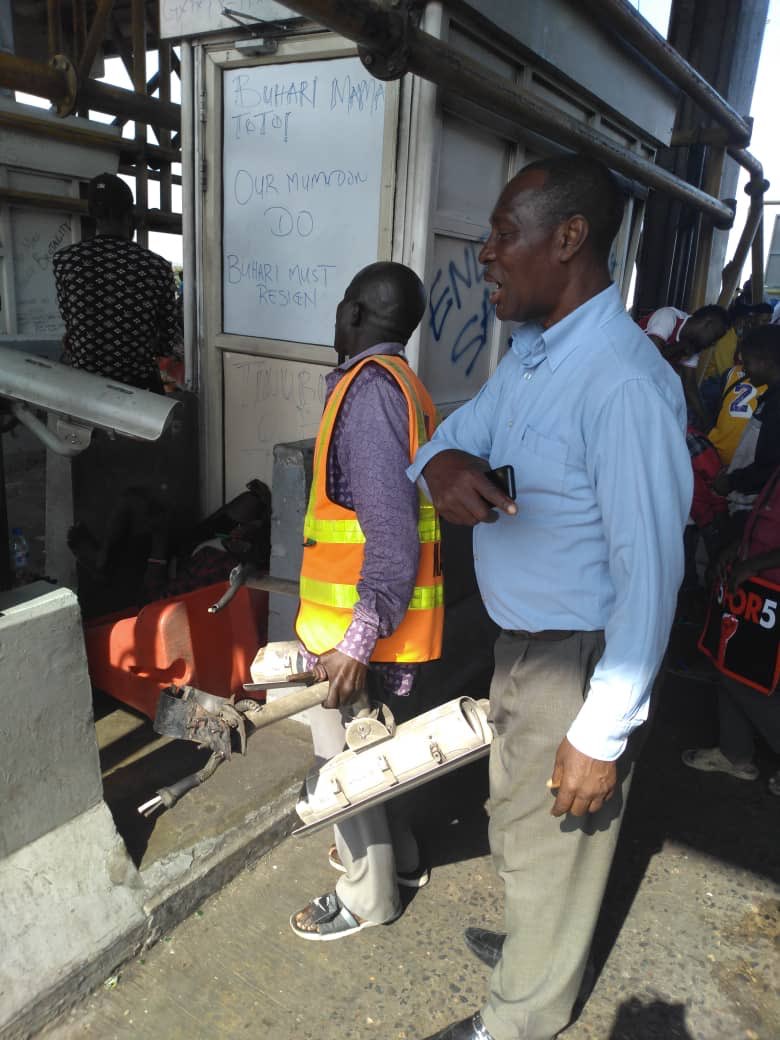 It was reported that before the shooting began, the floodlights that lighted up the area went off, throwing the area into darkness.

It will be recalled that some earlier reports had it that some men visited the toll gate and cut off all the security cameras in the place.

According to a Twitter user [Da_Rapstaman] who disclosed the incident, the men who cut off the cameras claimed they were sent by the government to do so.

Hours after, video reports on Twitter shows live bullets are being shot at protesters at the toll gate.

Below is another footage of the shootings at the Lekki toll gate on Tuesday night.

Another video footage of what is happening at Lekki Toll gate #EndSARS pic.twitter.com/vlt9EWvSnQ