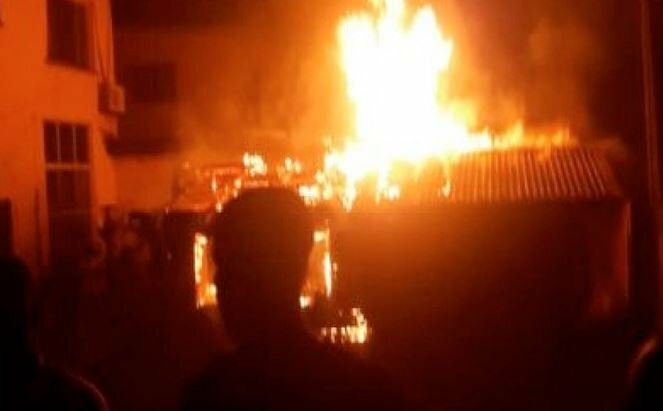 Two commercial bank buildings have been set on fire along the Admiralty Way in Lekki, Lagos.

The two banks were identified as Polaris and Access Bank branches.

Business premises, shopping malls and shops have also been looted by suspected hoodlums in the area.

Naija News had earlier reported that a branch of Guaranty Trust Bank (GTB) was also set on fire on Admiralty Way.

Recall that security officials on Tuesday evening opened fire on peaceful protesters that overstayed the 4 pm curfew declared by the Lagos State government.

It was reported that before the shooting began, the floodlights that lighted up the area went off, throwing the area into darkness.

Governor Babajide Sanwo-Olu of Lagos State had earlier on Tuesday declared a 24-hour curfew across the state.

The Governor who had fixed the curfew to start at 4 pm later released a statement extending the curfew commencement time to 9 pm.