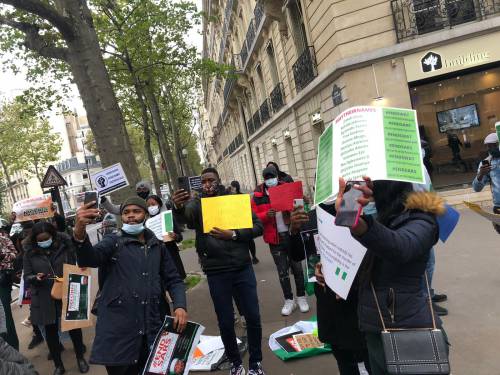 The ongoing #EndSARS and #EndSWAT campaign in Nigeria have taken another shape as citizens based in France on Friday, October 15 troop out to join fellow countrymen to demand an end to police brutality.

Naija News understands that Nigerian youths today stormed the Nigerian Embassy at the Victor Hugo area of Paris, capital of France, to condemn the continued assault on citizens by men of the Nigeria Police Force.

The protesters warned the force authorities and government against embezzlement of Police funds, noting that police officers must be fairly paid. According to them, bribery and extortions are not salary schemes, hence the need for a total reform of the Nigeria Police Force.

They asked the Inspector-General of Police, Mohammed Adamu, to immediately resign his position for overseeing a failed law enforcement agency. Also, the patriotic citizens who based in France demanded the resignation of President Buhari over rising cases of killings, kidnappings and general insecurity in the country.

They accused the president over the poor state of Nigeria’s economy, which has led to massive job losses for citizens under his administration.

See photos from the protest venue below; 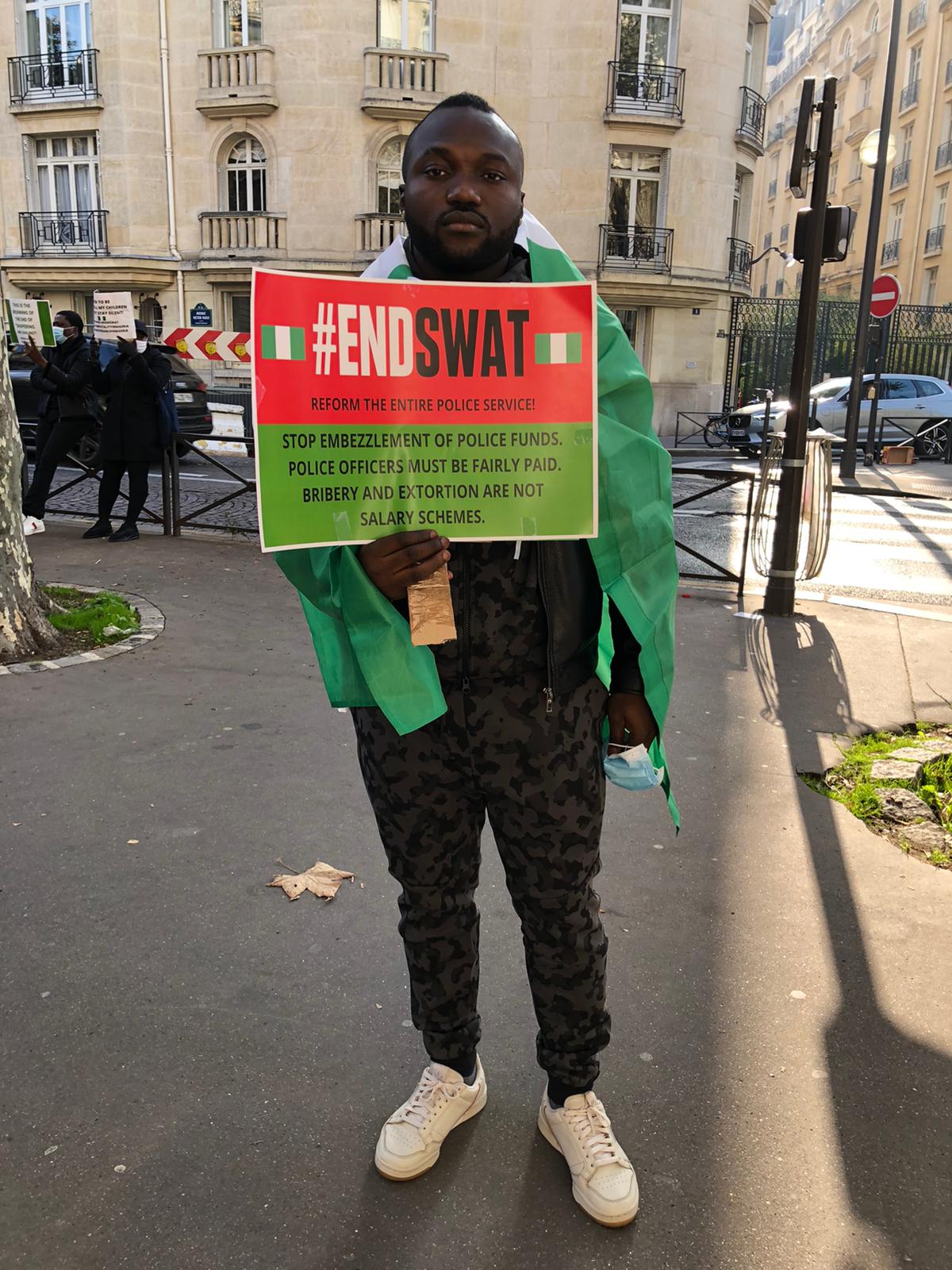 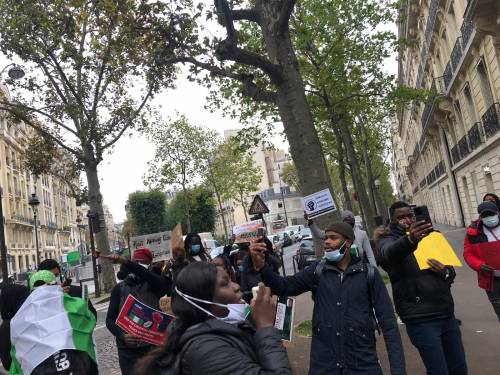 Naija News understands that Nigerian youth had refused to back out from the protest which has now gain international attention, despite the police authorities and the government announcing the disbandment of the Special Anti-Robbery Squad, SARS and introducing a new unit under the force called the Special Weapons and Tactics team, SWAT.

Meanwhile, Judicial panels have been directed to Commence an inquiry across the country to investigate complaints of police brutality or extrajudicial killings.

The order was given National Economic Council (NEC), at a meeting, attended by governors and chaired by the nation’s number two citizen, Naija News reports.