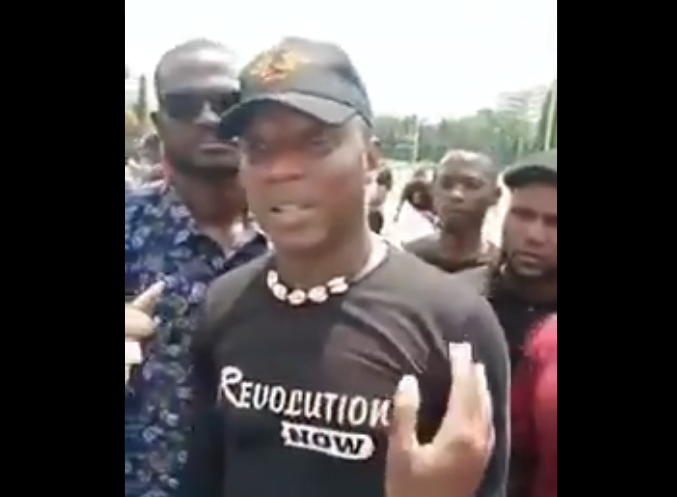 A former presidential candidate and convener of the #RevolutionNow movement, Omoyele Sowore, was today tackled and asked to leave the venue of the #EndSARS protest in Abuja.

Naija News understands that Nigerian youths demanding an end to all forms of police brutality and unlawful activities of the force, during the Abuja protest today rejected Sowore from participating in the exercise for wearing a RevolutionNow shirt to the venue of the protest.

The youths as seen a now-viral video on social media challenged Sowore, noting he should have joined the protest but with another shirt, not the branded RevolutionNow shirt which is a different campaign from the ongoing one.

Sowore could be heard also trying to defend himself by saying that their voice should be one and not creating room to attack innocent people who are not their enemy.

Watch the dramatic video below;

Reacting to the viral video, some Nigerians on social media noted that for Sowore, the protest is clearly a RevolutionNow movement.

They accuse Sowore of being just an opportunist who wants to take advantage of the current situation to chip in his own ambitions.