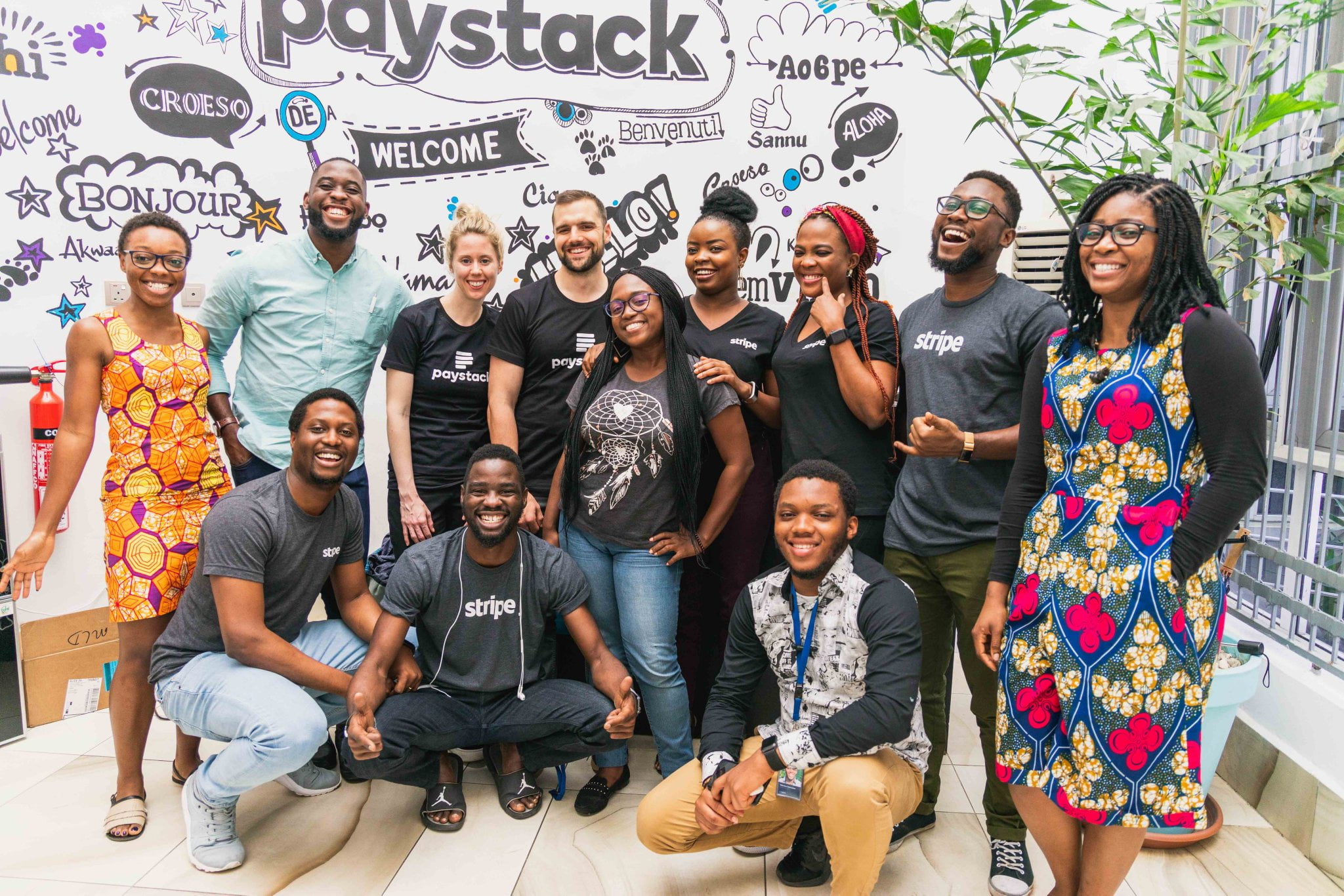 The Stripe and Paystack teams in Lagos, Nigeria. Credit: Paystack.

African FinTech continues to flourish on the international scene.

After Mastercard which invested 56 million dollars last year in Jumia or Visa which entered into a partnership at the beginning of the year with the Nigerian start-up Paga, which is developing a payment application, it is the turn of Stripe, an American specialist in online payments, to increase its presence on the African continent.

In this sense, the Californian unicorn has just acquired the Nigerian FinTech Paystack. The amount of the operation is over $ 200 million, according to sources familiar with the matter.

Founded in 2015 by Ezra Olubi and Shola Akinlade, the African company makes it easy for online merchants of all sizes to accept a wide range of payment methods. A concept that is not unlike that of Stripe.

It is for this reason that Paystack has been regularly nicknamed the “Stripe of Africa”. To date, Paystack’s payment services are used by more than 60,000 businesses in Nigeria and Ghana.

Stripe led Paystack’s Series A in 2018

Passed by the prestigious American accelerator Y Combinator, like Stripe, the Nigerian company has raised 11.7 million dollars since its creation. During its Series A in August 2018, Paystack had raised $ 8 million.

An operation led by Stripe. After taking a stake in the African company and advising it in its development, the American group led by Patrick Collison has therefore decided to go a step further by going through the buyout box.

Paystack currently processes more than half of the online transactions in Nigeria and wants to expand into other countries on the African continent. ” This acquisition will give Paystack the means to develop new products, support more businesses and consolidate the African payments market, which remains extremely fragmented.

Their growth can energize the African tech ecosystem and we look forward to seeing them grow, “said Matt Henderson, Head of Stripe’s operations in Europe, Middle East and Africa.

With Paystack, the American unicorn, present in 42 countries, continues to expand internationally. In this context, it had also raised 600 million dollars last April.

FinTech is currently on the rise on the other side of the Mediterranean since it is the best-funded sector of African Tech. Indeed, African FinTechs captured 41.4% of the continent’s investments in 2019, or $ 836 million, according to data from the Partech Africa fund.

The African financial market, and more specifically banking, thus represents a great opportunity. ” Africa’s retail banking penetration is only 38% of GDP, half of the global average for emerging market McKinsey recalled in a report published in 2018.