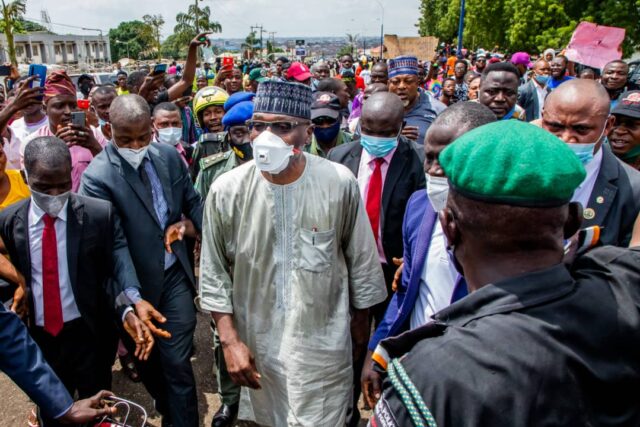 Kwara Governor AbdulRahman AbdulRazaq and his deputy Kayode Alabi have joined scores of #EndSARS protesters in staging a walk to the Police Command headquarters in Ilorin, the state capital.
The protesters had converged on the Government House before the Governor and his deputy joined them.

He urged them to remain calm and peaceful while their grievances are promptly addressed.

Acknowledging grievances of the protesters, AbdulRazaq said he with a few governors and some businessmen have recently held a zoom meeting with some individuals involved in the protest movement.

He added at the end of the meeting the protesters five-point demands were forwarded to President Muhammadu Buhari.

He said the president was already acting on the five-point demands of the protesters whose activities particularly in Kwara the Governor said have remained peaceful and largely coordinated.

He briefly addressed the protesters and led them to the police headquarters on their request. 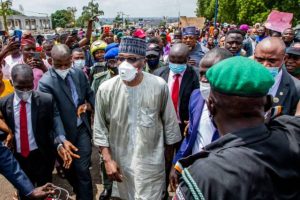 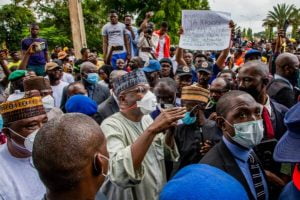 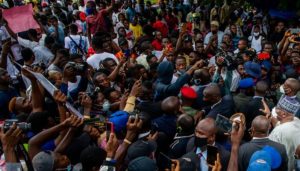 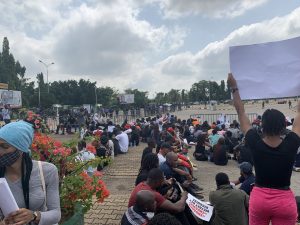