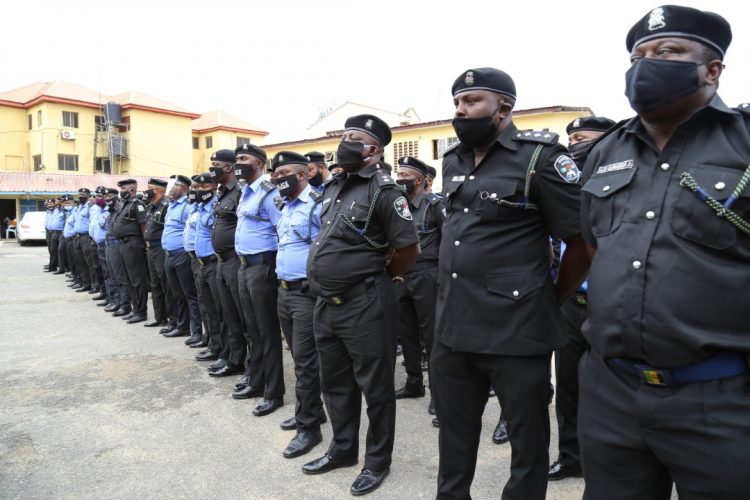 The faces of the officials of the disbanded Special Anti Robbery Squad (SARS), a police unit under the Force Criminal Investigation and Intelligence Department headed by the Deputy Inspector General of Police Anthony Ogbizi, has emerged.

This online news platform understands that the debriefing by the Lagos CP was in compliance with the directive of the IGP to disband and ground the activities of the teams in the state; and that their operations, investigations and pending cases be handed over to the State Criminal Investigation Department, Panti, Yaba, with immediate effect.

During the debriefing of the officers, CP Odumosu also officially informed the disbanded SARS officials of the formation of the new Special Weapons and Tactics Team (SWAT) to tackle armed robbery, kidnapping, violent and other weapon-related crimes in the country, which is applicable to Lagos State.

The Lagos CP warned the officers to desist from parading themselves as SARS operatives or any operatives under whatever nomenclature in the state, adding that all their cases and operational uniforms/wears or attires be handed over to State CID, Panti, while their satellite offices across the state be taken over and occupied by the nearest Divisional Police Headquarters in the areas respectively.

Similarly, the CP urged the general public to inform and report to the command of any activities or misconduct of any police personnel claiming to be SARS operative in Lagos or venturing into opening or investigating cases under the SARS or any of the disbanded tactical teams in Lagos State.

Disbanded SARS being debriefed in Lagos.

The Commissioner of Police also called on #EndSARS protesters to be law-abiding, maintain peace and respect the rights and opinions of other Lagosians and by extension, Nigerians, in the state; emphasising that the blockage of access roads to other Nigerians was unnecessary.