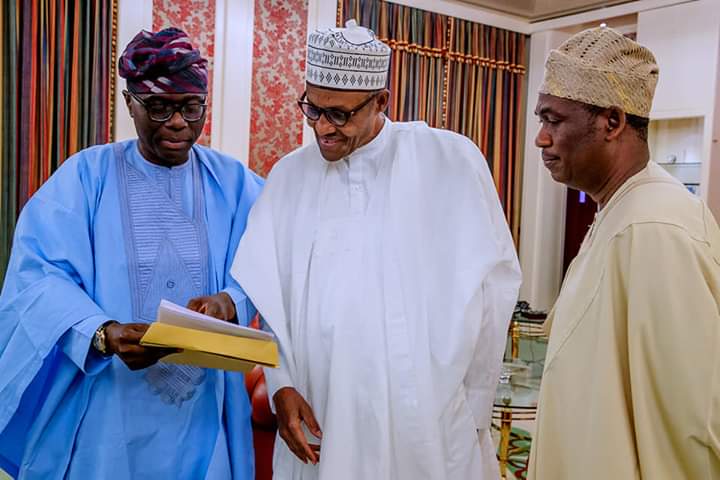 Governor Babajide Sanwo-Olu has revealed details of his meeting with President Muhammadu Buhari at the Presidential Villa.

Naija News reports that Sanwo-Olu had met with Buhari due to the ongoing #EndSARS protest in Lagos State.

The Lagos governor who on Tuesday marched with protesters had promised to tender a letter containing their demands to the president.

The youths are protesting against police brutality, extortion, kidnapping and extra-judicial killings.

While presenting the demands to Buhari, Sanwo-Olu said, “They (protesters) said we should release all the protesters and we have released them.

“They said we should set up a Trust Fund to pay compensation to the families of those who have died. I have set up my own Trust Fund today and I have announced it.

“The third one, they said we should set up like a small enquiry for people that are bitter. So, tomorrow the IGP is coming to Governors’ Forum and he is going to ask each one of us to set up a five-man team.

“They would go to Force Hospital where they will go through a thorough medical evaluation. The ones that can still be absorbed; they will. Everything is working well.”

He explained that Buhari restated his commitment to embark on a holistic reform of the entire Police Force.