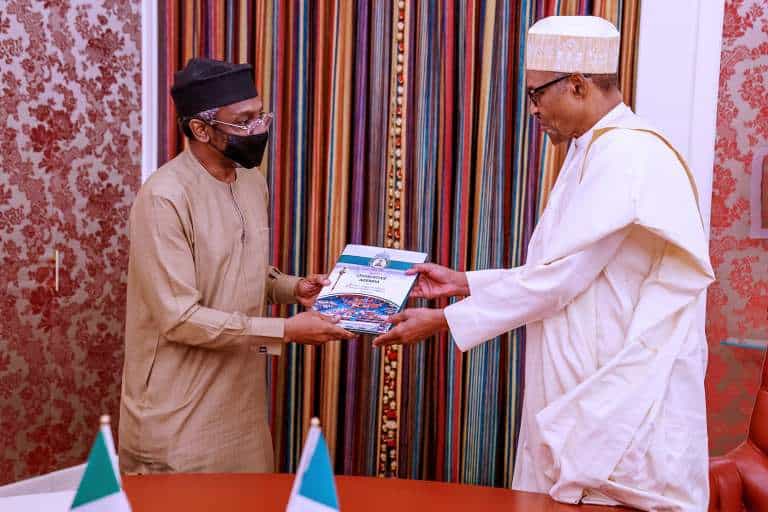 President Muhammadu Buhari has asked the House of Representatives to pass a Bill seeking to empower the Economic and Financial Crimes Commission (EFCC) to freeze accounts allegedly holding crimes proceeds.

Naija News reports that the Bill will also give the anti-corruption agency more power to clamp down on money launderers.

The Speaker of the House of Representatives, Hon. Femi Gbajabiamila, read Buhari’s letter in plenary on Wednesday, with the instrument of legislation attached, at 11:35 am.

Recall that President Buhari had denied assenting to the same Bill in 2019, which worsened the rift between the National Assembly and the Executive.

In the letter to the House of Reps, the President also sought the creation of a Proceeds of Crime (Recovery and Management) Agency.

In the letter dated October 6, 2020, Buhari noted that the bill seeking to establish the agency was presented to the Federal Executive Council on September 16, 2020, and was subsequently approved tor transmission to the National Assembly.

The letter partly read, “Please recall that this bill was passed by the National Assembly in 2019 but was not granted assent due to some issues that were identified during the review.

“The Proceeds of Crime Bill is essential and critical in building an enduring and sustainable foundation for the fight against corruption, money laundering and illicit movement of stolen funds through the banking system and across the Nigerian borders.

“The bill will also improve the ability of law enforcement agencies to seize, freeze and confiscate stolen assets in Nigeria while observing all related constitutional and human rights laws.

“This bill will also address the problem of lack of transparency, accountability and lack of credible records associated with the current procedure in the management of recovered funds by anti-corruption agencies and other institutions in Nigeria.”