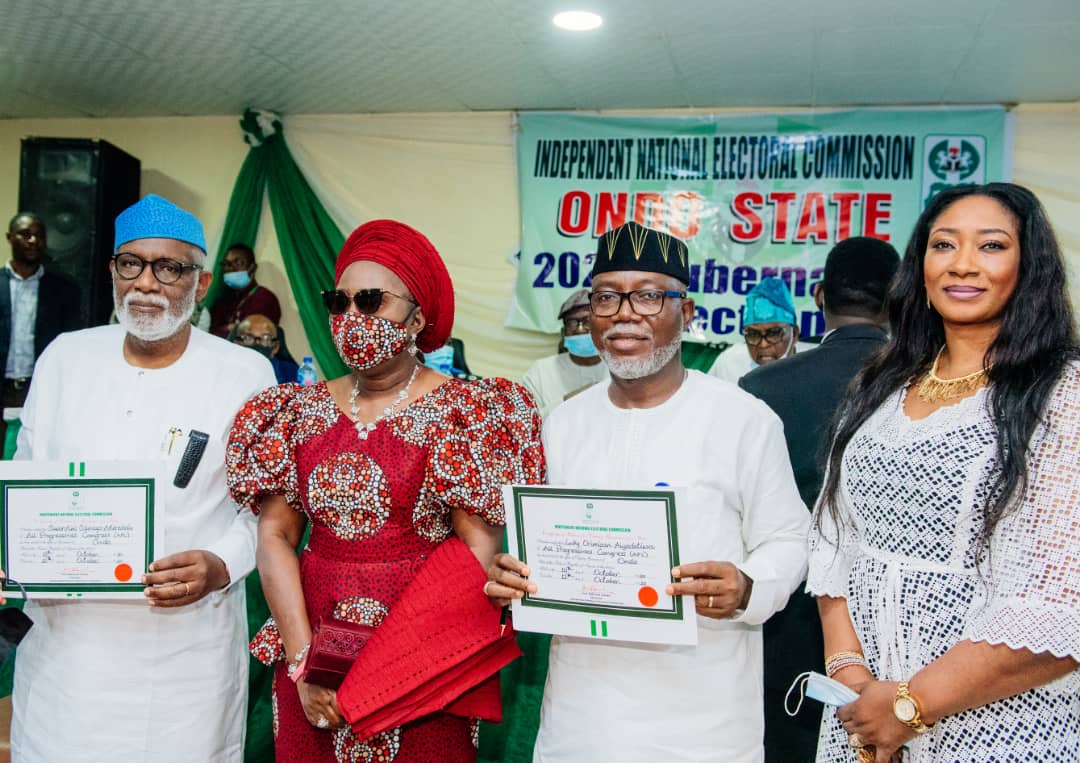 The re-elected Ondo State Governor, Rotimi Akeredolu has been presented with his certificate of return by the Independent National Electoral Commission (INEC).

The Deputy Governor-elect, Lucky Ayedatiwa was also presented with his certificate of return at the event held on Tuesday at the INEC headquarters located in Akure, the Ondo State capital.

The Governor while speaking on Tuesday, commended INEC and security agents for the way they handled Saturday’s election. He later dedicated his victory and the certificates to God and the people of the state.