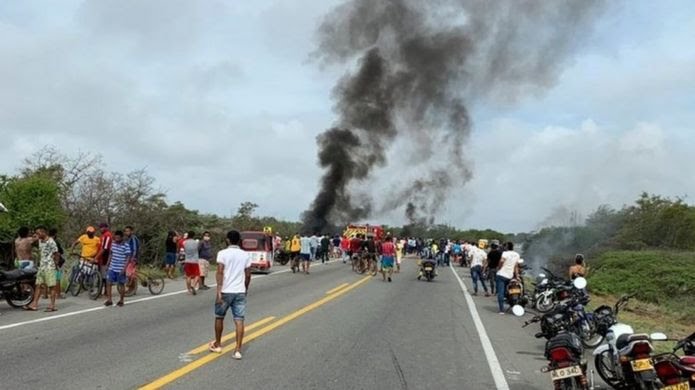 Many people have been reported dead after an explosion from multiple accidents along the Ilesa-Akure Highway, Osun State on Monday.

Naija News gathered that the multiple accident occurred around 11:35 am at Erin Ijesa, a town in the Oriade Local Government Area.

It was gathered that a diesel-laden tanker spilt its content on the highway, causing explosions that affected several vehicles.

“Many vehicles are affected here and it has even caused gridlock on the road,” an eyewitness told The Nation.

“The officials of the Federal Road Safety Corps are on the ground, diverting motorists to ply Ipetu Ijesa town to ease the traffic.

“Many people are burnt to death while some sustain severe burns. I don’t know the numbers of those that are affected now. The situation is very terrible.”

While confirming the accident, the Police Public Relations Officer in Osun State, Mrs. Yemisi Opalola, said she could not give the number of casualties yet.