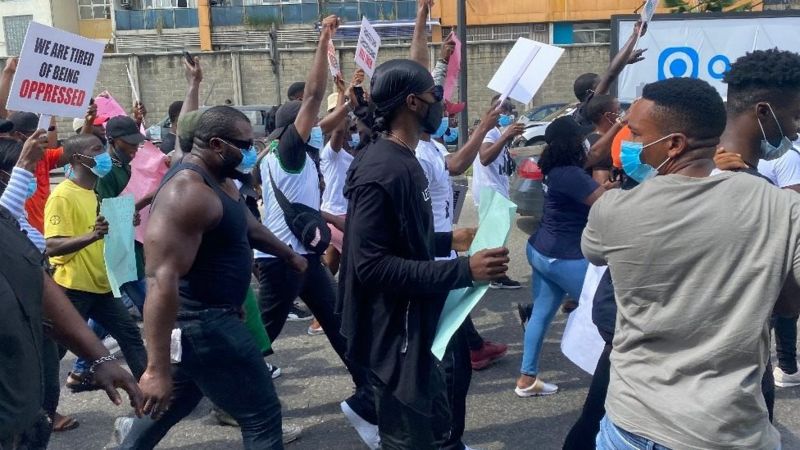 Six protesters arrested by officers of the Nigeria Police Force during the #EndSARS protest in Lagos State have been reportedly released.

Naija News understands that their release follows a directive to the force by Lagos State Governor, Babajide Sanwo-Olu.

Meanwhile, the Speaker of the Nigeria House of Representatives, Femi Gbajabiamila, had earlier confirmed the release of Ademola Ojabodu who happens to be one of the #ENDSARS protesters arrested by police in Lagos.