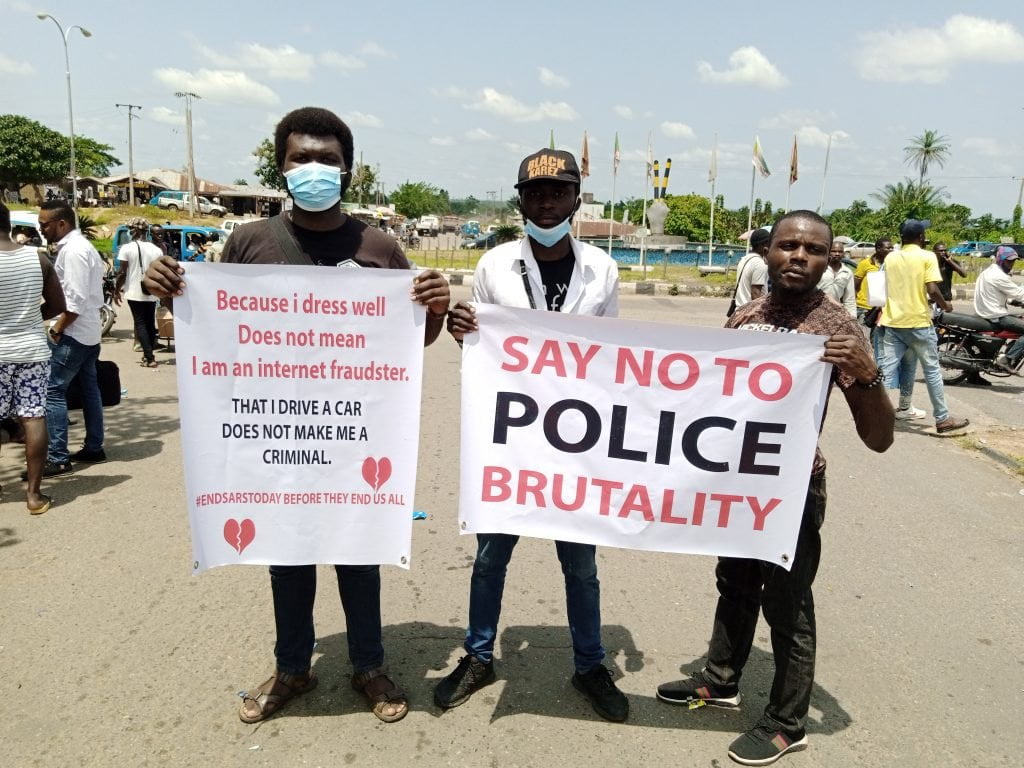 #EndSARS protesters calling for the total scrapping of the Special Anti-Robbery Squad (SARS) on Monday stormed the office of Governor Gboyega Oyetola of Osun State.

The protesters are calling of President Muhammadu Buhari to sign an executive order making the disbandment of the unit constitutional.

They are also calling for an end to police brutality.

The protesters converged at the popular Olaiya junction before moving to the State House of Assembly.

The protesters consequently walked to the Osun Governor’s Office.

The protesters are waiting for the Governor to address them.

Recall that the Inspector-General of Police, Mohammed Adamu on Sunday announced the immediate disbandment of the F-SARS.