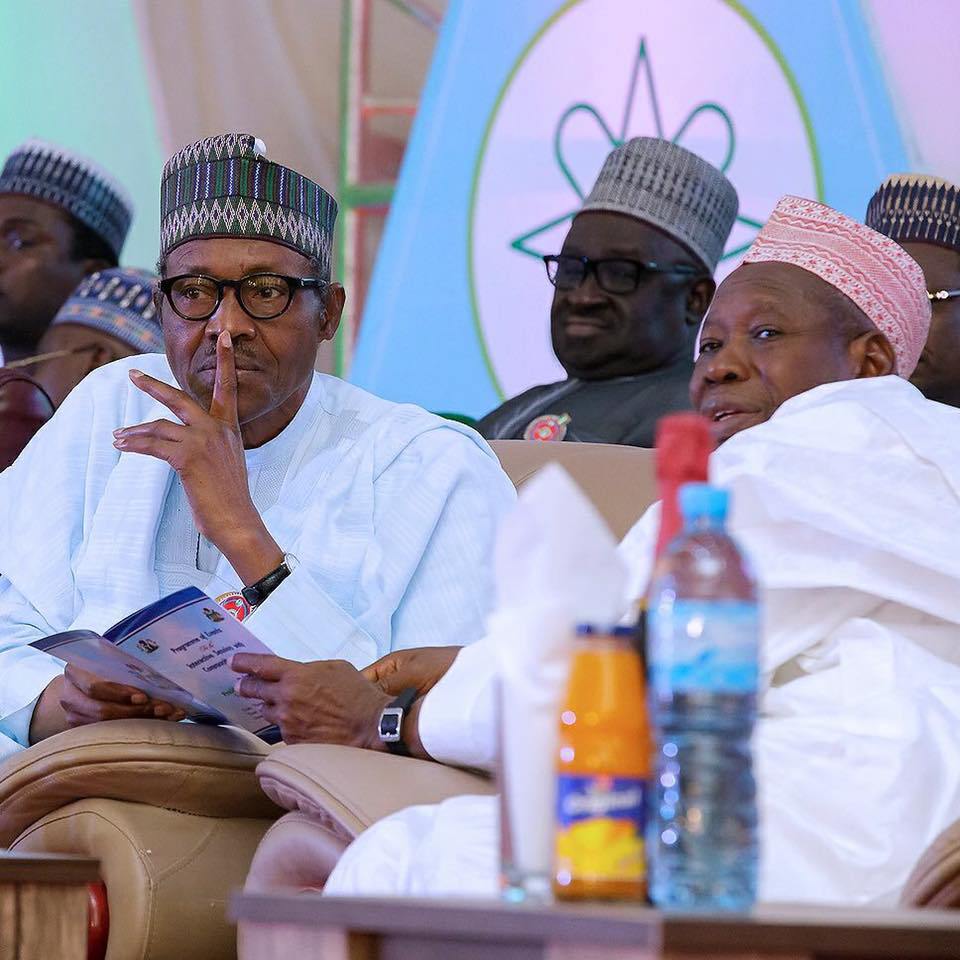 The Governor of Kano State, Abdullahi Ganduje has ordered the immediate suspension of one of his media aides, Salihu Yakasai for criticizing President Muhammadu Buhari.

Yakasai, the Special Adviser on Media to Ganduje incurred the Governor’s wrath for speaking against the person and administration of President Buhari over the handling of the #Endsars protest.

The media aide had condemned Buhari for his failure to address Nigerians who had taken to the streets and on social media to demand the immediate dissolution of the Special Anti-Robbery Squad (SARS), a unit of the Nigeria Police Force.

Yakasai with username @dawisu had tweeted, “I have never seen a government with zero empathy like that of President Muhammadu Buhari.

“So many times when his people are going through a difficult time and expect some sort of tap on shoulder to reassure them that he is in charge, but he failed to do so.

“The ‘I don’t care attitude’ is on another level.

“To speak to your own people over issues that are bedevilling them has become something like a favour you are doing to them.

“Over and over again, you cannot spare five minutes to address the nation to calm them down, the same people you went to the 36 states to beg for their votes, it is heartbreaking.”

His outbursts came shortly before the Inspector-General of Police, Mohammed Adamu announced on Sunday that the SARS unit has been disbanded with immediate effect.

However, reacting to the outburst by his media aide, the Kano State Governor in a statement on Sunday by the State Commissioner for Information, Muhammed Garba described the position of the media aide as unbecoming of a public official in a matter of national importance.

The statement added the aide’s comment is capable of heating up the polity and Ganduje has therefore approved his immediate suspension based on his Twitter comments on the #Endsars protest.

“Governor Abdullahi Umar Ganduje of Kano State has suspended his Special Adviser on Media, Salihu Tanko Yakasai over some unguarded utterances on the person of President Muhammadu Buhari on the social media platform,” the statement read in part.

It added that “The state Commissioner for Information, Malam Muhammad Garba, who conveyed the governor’s directive in a statement this afternoon, said the suspension is with immediate effect.

“He said that though the media aide has owned up the indiscreet comment as his personal opinion, but that as a public figure, it will be difficult to differentiate between personal opinion and official stand on matters of public concern.

“The governor, therefore, warned political appointees and public servants to guard against making statements capable of drawing unnecessary controversy and heating up the polity.”

#EndSars: What The IGP Said As He Disbands SARS Nationwide (Full Statement)