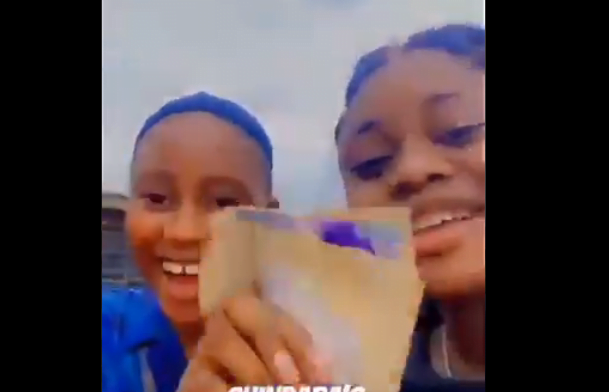 Two young girls have appeared in a viral video on social media, flaunting N500 notes allegedly given to them by the All Progressive Congress, APC, to sell their votes.

“We don sell our votes, na our votes notion konsine you,” said the two girls laughing and flaunting the N500 denominations.

Watch the video below as shared by Twitter user, Ayemojubar [@ayemojubar]

They sold their votes and they're proud of it. #OndoDecides2020
pic.twitter.com/H2gSmA1NdF

Meanwhile, an unidentified man who was about to be lynched by a mob in Owo area of Ondo State has been rescued by the Nigeria Police Force, Naija News reports.

Information gathered revealed that the man was accused of approaching voters to sell their votes at Ward 4, Polling Unit 15, Shagari Market along the Owo-Benin Highway before he was attacked.