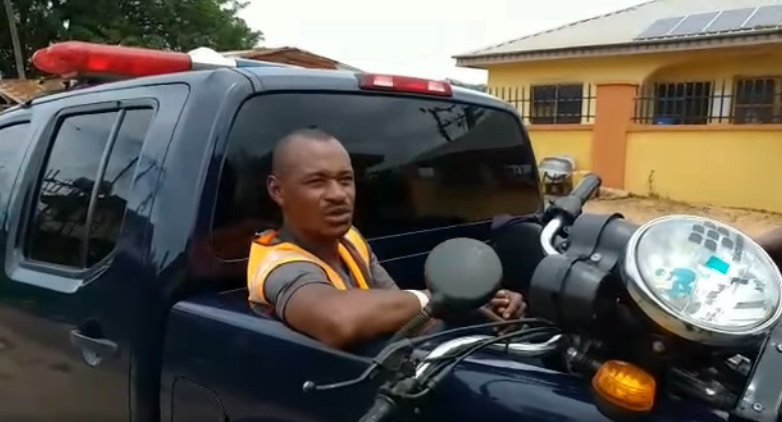 A telecommunications site engineer who gave his name as Geoffrey Emmanuel has been arrested by the men of the Nigeria Police in Ondo State for moving around during the election.

According to Mr Emmanuel, while responding to questions from journalists, he has been issued a movement permit from the Inspector General of Police.

He alleged that the officers who arrested him did not even allow him to push a call through to his bosses so he can relate the development to them.

When asked which of the telecommunications he works with, he said under MTN, Airtel, pointing towards one of the sites he is working on nearby

He lamented that his superiors would be expecting reports from him but wouldn’t be able to communicate them as the police denied him access to make calls.

Mr Emmanuel noted that noting would have pushed him out of the comfort of his house if he has no movement permit and knowing fully well that election in ongoing.