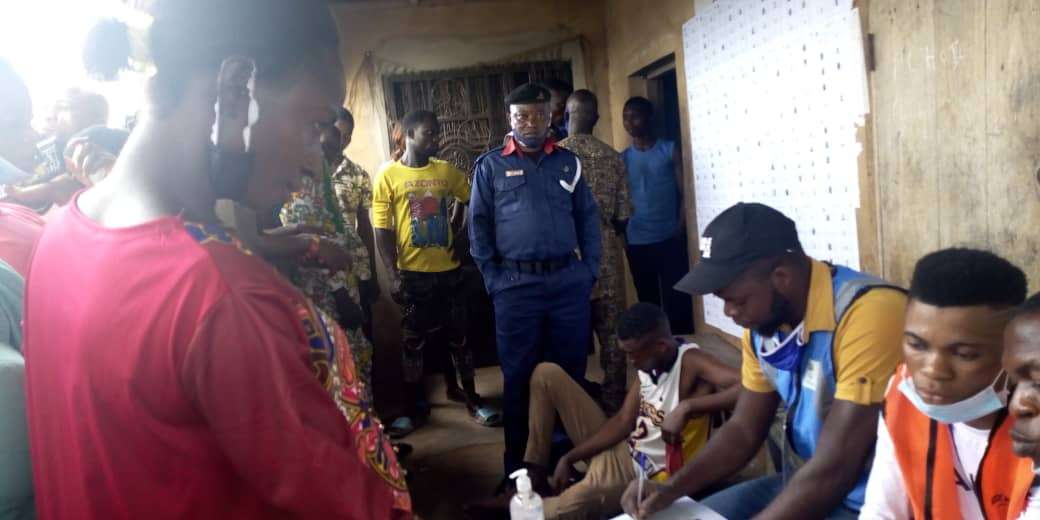 Officials of the Nigeria Security and Civil Defence Corps, NSCDC deployed to Ondo State to monitor and ensure free violent at the ongoing governorship polls in the state have arrested a young man with a fake voter card at Ward 07, PU 05, Ajagba, Irele LGA.

Naija News learnt that the young man seated on the floor as seen in the above photo was arrested by the security men while he was attempting to vote with the fake PVC.

However, the name of the boy and the punishment for his act is yet to be disclosed by the appropriate authorities.