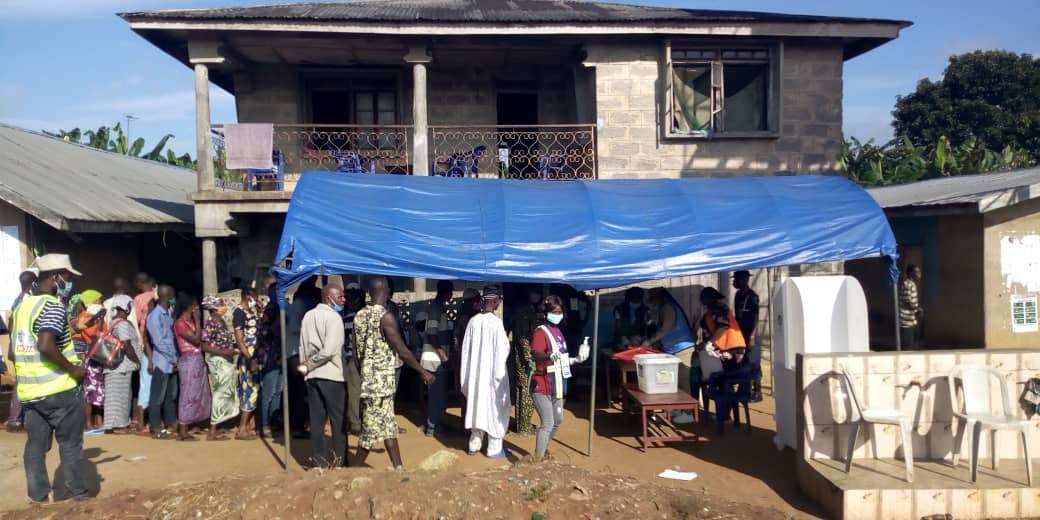 Electoral officials have reportedly resolved to manual accreditation in ward 2, unit 2, Ifedore LGA as a result of card reader failure in the units.

They reportedly adopted the process which is against the directive of INEC after the three attempts to use the card reader machine given to them.

While the voting process has kicked off in some local government in the Ondo State governorship election, some elderly men and women are currently stranded, waiting to get accredited at CAC Grammar School PU 01, Ward 5 in Akoko South West LGA, Naija News understands.