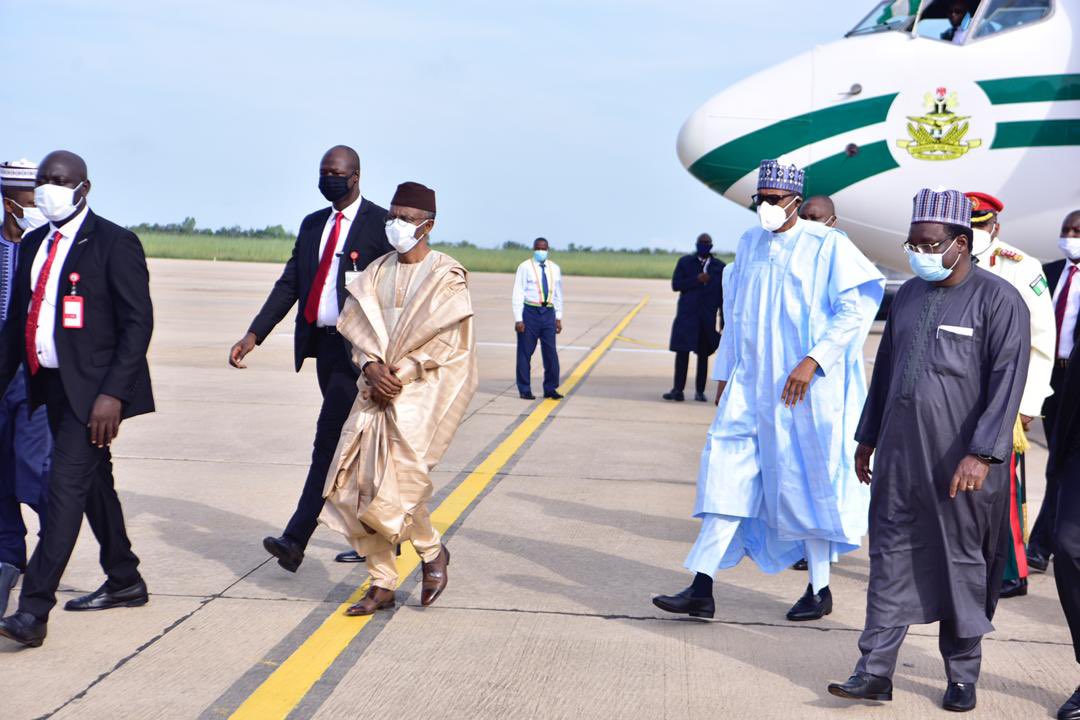 Governor Nasir El-Rufai on Saturday received President Muhammadu Buhari ahead of a ceremony in Kaduna State.

President Buhari is in Kaduna for the passing-out parade (POP) of cadets of the Nigerian Defence Academy (NDA).

This was confirmed in a post on social media site twitter by the Personal Assistant on Social Media to the president, Bashir Ahmad.

Naija News reports that this is coming as the nation as in engulfed in massive protest over the refusal of the government to disband the Special Anti-Robbery Squad (SARS) of the Nigeria Police.

SARS has become notorious for extra-judicial murders, intimidation and corruption.