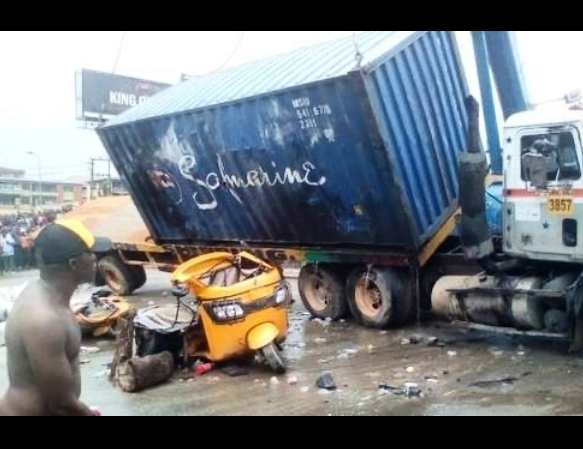 There was pandemonium at the Kaduna refinery junction along Kachia road on Friday, October 9 after a truck reportedly carrying san rammed into an Okada and a tricycle.

Naija News learnt that the horrible incident resulted in the death of four persons including a newly married woman.

Reports had it that the motorcycle and the tricycle riders were waiting at a traffic light at the Kaduna Refinery Junction along Kachia Road under Chikun Local Government Area of Kaduna State when the accident occurred.

The incident, however, stirred anger among resident youths who took to the scene of the incident to barricade the road, resulting in heavy traffic before security men subsequently arrived the scene to calm the situation.

In another news, Naija News reported that a thief has broken into the National Assembly complex and stole US dollars including some valuable office equipment.