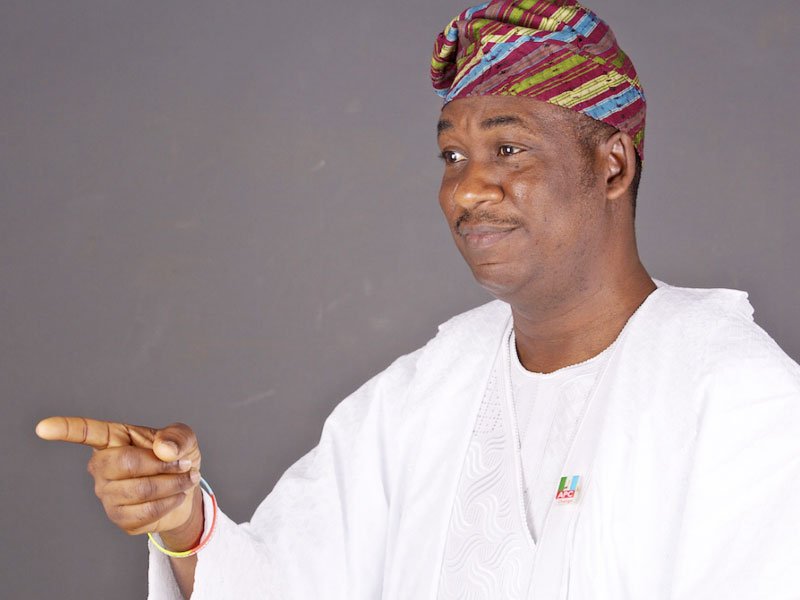 Obafemi Hamzat, the Lagos state deputy governor has narrated how he was harassed by operatives of the special anti-robbery squad (SARS) officers four years ago.

Hazmat made this known while addressing #EndSARS protesters in Ikeja today.

According to him, security operatives have no rights to harass or trample on law-abiding citizens rights, just because they are carrying laptops or iPhones.

However, he stated that scrapping the unit is not the way forward as that would be counterproductive.

“Every decent Nigerian will be upset. This happened to me four years ago. I was going to Amuwo Odofin…they (SARS operatives) were not in uniform, they had guns, they just double-crossed us and said we should get out,” Hamzat told the protesters.

“The tenet of the police operation is to protect the citizens. Security operatives don’t have the right to trample on the rights of law-abiding citizens, because of their unfamiliar looks, or because they are carrying laptops or iPhones. It is wrong for any police officer to expressly accuse or pronounce someone, irrespective of age, guilty because they have dreads or ride luxury vehicles.

He noted that the government supports evidence-based investigations and actions driven by intelligence.

Hamzat assured that the citizens’ grievances are much understood but demonstrations must be carried out in line with the law.

He sat said using violence or destruction to drive home the point would only be harmful to citizens.

“You can’t block the road, disrupt the free flow of traffic and prevent other people from embarking on their lawful duties, especially the emergency responders. As citizens, it is within your rights to express your grievances but let us exercise caution and eschew violence. The authorities have heard your voice and I hope we all leave the roads with the understanding that drastic changes will be effected.”