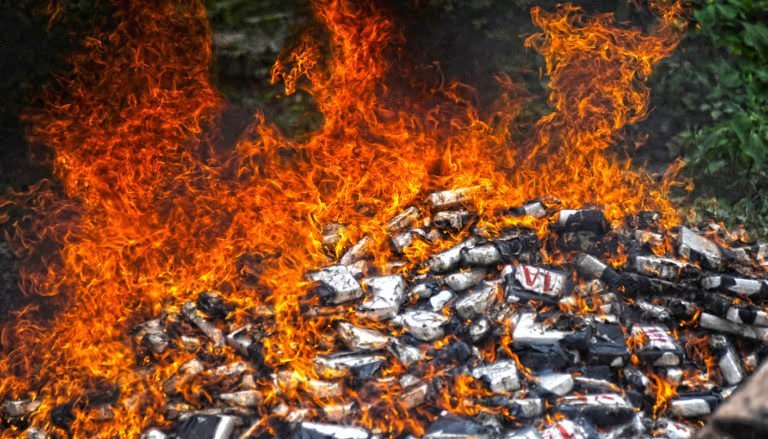 An aircraft carrying almost half a ton of cocaine has crashed following a hot chase by Mexican Military Choppers.

The plane was said to have crashed in central Mexico, and the two people who were on board died in the crash.

It was learnt that the Mexican defence ministry, Mexican military helicopters intercepted the plane in Mexican airspace.

They began pursuing it for hundreds of miles until the plan be ame short of fuel and crashed on a piece of land in Botija, Queretaro

The defence ministry said the plane was loaded with about 400 kilograms (880 pounds) of cocaine.

Mexico is listed as one of the world’s worst places to live and raise a family according to the UN and UNICEF, due to their high drug, gangs and murder rate.