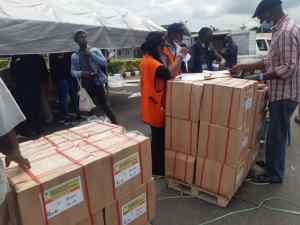 Naija News understands that the Ondo governorship election was scheduled to hold on Saturday, October 10.

It was reported that the armed security men have been placed in both ends of the roads leading to Central Bank of Nigeria in Akure, the state capital.

Also, while officials of the Political parties participating in the Saturday polls were present to monitor the distribution of the materials, heavy security was mounted in the bank premises, Naija News learnt.

See below some photos from the distribution exercise; 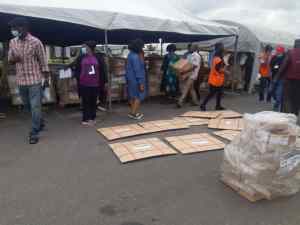 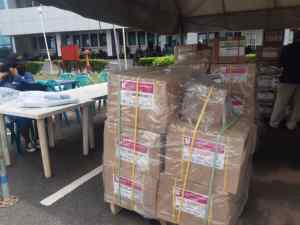 Meanwhile, alleged plots by the All Progressives Congress to snatch ballot boxes, in a bid to rig Saturday’s Ondo State Governorship election, has been announced by the Eyitayo Jegede Campaign Organisation.