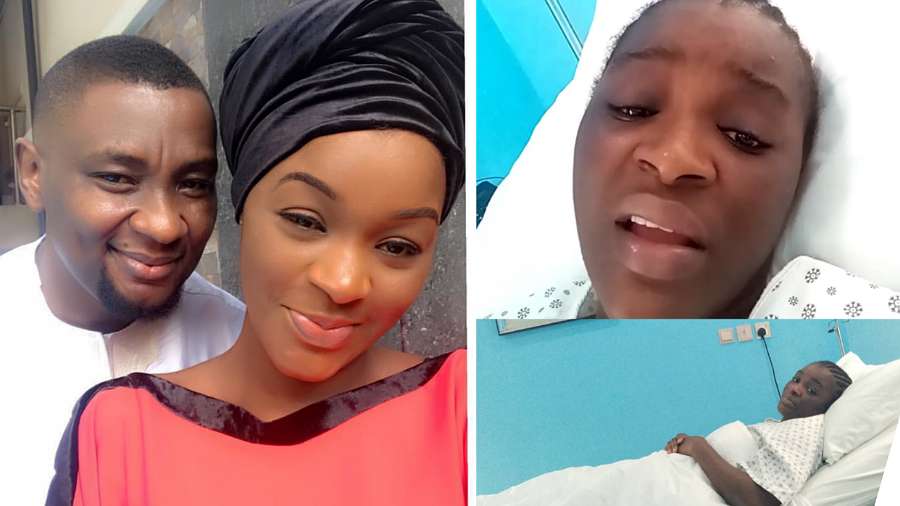 Ebonyi State-born Nollywood actress, Chacha Eke Faani, has stirred mix reactions on social media after posting a video to disclose that she is diagnosed with bipolar disorder.

Five days earlier, the actress shared a video to announce breaking up with her husband, Austin Fanni, leading to assertions by her fans and colleagues that the break up is as a result of domestic violence.

Naija News understands that that Chacha and Austin had been married for seven years and had three children together. However, the actress in the video posted on her Instagram account on October 3 called her marriage a quit.

However, barely a week after Chacha made the first declaration, she posted another video on Wednesday night, October 7, vindicating her estranged husband noting that he never laid his hands on her.

She said, “Five days ago I made a video saying that my marriage to Austin Faani is over and that video came with a lot of backlash from people with many insinuating that it is a clear case of domestic violence,” said in the video recorded from her hospital bed in Asaba, the Delta State capital.

“It is not. Austin has never laid his hands on me. He has never even raised his voice at me and God in heaven knows that’s the truth. I am here at First Delta American hospital in Asaba receiving treatment.

“Many psychiatrists have come to assess me mentally and I have been diagnosed of suffering from bipolar disorder.

“Bipolar is real. Here in Africa, we tend not to know about it due to ignorance. I cannot tell how I have been feeling with these videos that I have been making,” said Chacha, looking pale and depressed.

Watch the recent video below;

Meanwhile, Big Brother Naija star, Alexandra Asogwa, popularly known as Alex, has narrated depressing situations she had to go through, and why she had to pray that she dies at some point.

#ENDSARS: I Am Not Directly Affected By SARS – DJ Cuppy Speaks Up On Protest

Thieves Break Into AIT Office, Cart Away Many Items